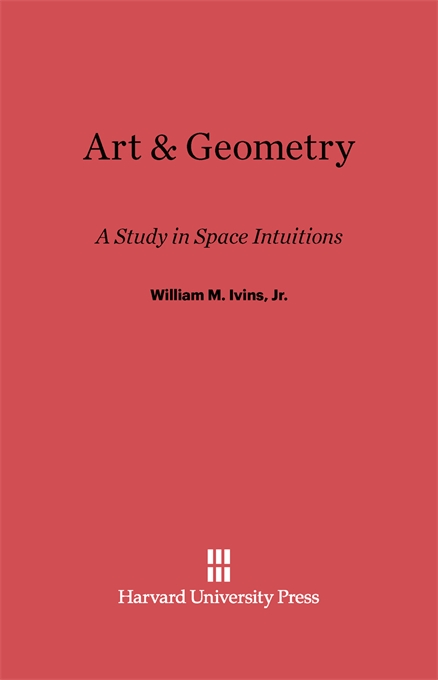 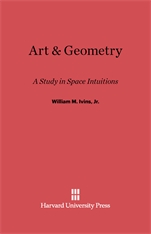 A Study in Space Intuitions

A canonical commonplace of the history of art is that the foundations of modern thought were laid by the Greeks of the “Great Period.” William Ivins holds that this familiar institutional doctrine, however valid it may once have been, is now but an academic survival from the past and that it thoroughly misrepresents the character of Western thought.

Ivins bases his stimulating and readable study on the antithesis between Greek and Western conceptions of space. He shows that this difference is the result of widely dissimilar modes of perception: that the Greek primary assumptions about space were based on tactile-muscular intuitions, while the new assumptions from which modern art, science, and philosophy developed are visual in nature. He discusses the evolution of these new assumptions from the fifteenth-century notions about continuity and unified spaces first expressed in the work of Nicholas of Cusa, Alberti, Masaccio, and van Eyck to modern developments in painting, mathematics, and science. Ivins’ conclusion is that the intellectual gains of the last five hundred years have been won against the unremitting obscurantism and opposition of the exponents of Greek ideas. Art and Geometry will attract a wide audience: philosophers, historians of thought, amateurs of art, and the general public alike will welcome his illuminating discussion.

Ivins illustrates his appraisal of the fundamental differences between Classical and Western thought with an unusual wealth of concrete experience. He was Counselor, and Curator of Prints, in the Metropolitan Museum of Art in New York. His published works include Prints and Books (Harvard University Press, 1926) and On the Rationalization of Sight.