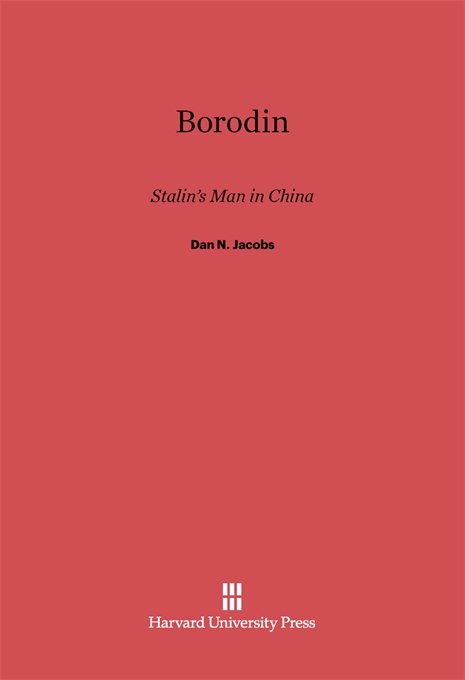 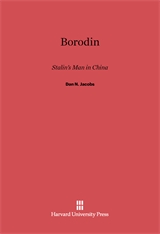 It is almost too much for one man to have experienced in a single lifetime, but it did happen. Mikhail Markovich Gruzenberg (1884–1951), alias Michael Borodin, had an astounding career: in the Russian revolution of 1905; a student, teacher, and socialist in Chicago, 1908–1918; a delegate of the Comintern in the United States, Mexico, England, and a dozen other countries; and finally Moscow’s representative and a leader of the Chinese revolution, 1923–1927. His experiences brought him into contact with such political and cultural figures as Lenin, Stalin, Sun Vat-sen, Chiang Kai-shek, Chou En-Iai, M. N. Roy, Anna Louise Strong, Carl Sandburg, Isadora Duncan, Clare Sheridan, and scores of other luminaries of that time.

Who was Borodin? As a professional revolutionary, he kept the details of his life purposefully vague. Vincent Sheean recounted an interview: “When I asked him if he wanted to give me some facts—some of the ‘Who’s Who’ sort of facts—he smiled his slow expansive grin and shrugged. ‘I was born in the snow,’ he said, ‘and I live in the sun—yes? What good are facts?’” The great merit of Dan Jacobs’s wonderfully readable biography is that he has collected, sifted, and arranged the facts—as many of them as we are apt to find until Soviet archives are opened—about this fascinating man, who for a few years in the middle 1920s was spearheading the forces of the Kuomintang to victory in China.

With great magnetism and organizational skill Borodin assembled and held together the disparate parts of the Chinese revolutionary movement until the coalition disintegrated after the death of Sun Vat-sen. In recounting the rise of Chiang Kai-shek, his turn to the right, Moscow’s efforts to placate the new leader, and the final break between Stalin and Chiang, Jacobs clarifies the complex and often misinterpreted events of the period. The end of the Soviet venture in China is also the end of Borodin, and Jacobs tells of his last melancholy years in the Soviet Union under the shadow of the failed Chinese revolution. Although Borodin is almost forgotten today, his experiences in China and elsewhere were among the first to set the patterns of communist takeover that are as relevant today as they were in the early part of the twentieth century.