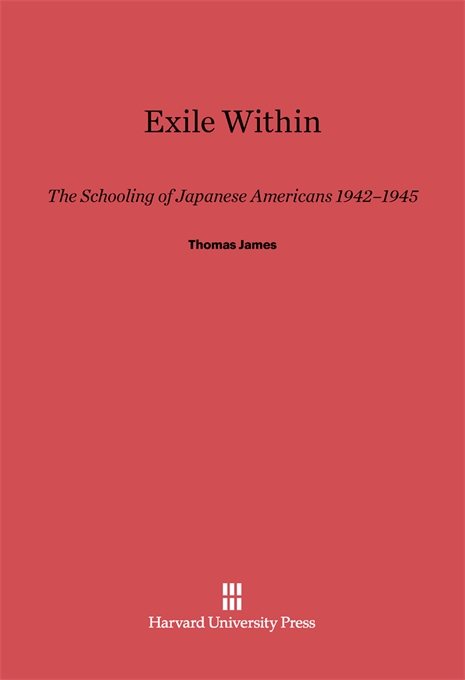 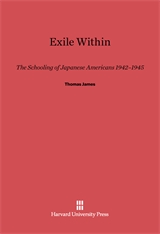 During World War II, 110,000 Japanese Americans—30,000 of them children—were torn from their homes and incarcerated in camps surrounded by barbed wire and military guards in what the ACLU has called “the greatest deprivation of civil rights by government in this country since slavery.” The experience of these children left a tangle of social meanings that had not been inspected with the care it deserves until this book was written. Because they were schoolchildren, theirs was an educational history; and Thomas James tells it here, fully mindful of the irony of children studying democracy and its ideals while suffering as victims of the most undemocratic of all processes—imprisonment in a relocation camp solely on the basis of their race.

James uses the rich documentary evidence in the records of the War Relocation Authority and other archives to survey the camps as educational institutions. Photographs of life in the camps show uncomprehending, innocent faces tinged with sadness. What sort of education took place? What did educators think they were doing there? How did the children react and adjust? James interprets the improbable hope of educational planners that they could make good on America’s promise to provide educational opportunity for its citizens even under adverse conditions. What began as a story of war hysteria and racial exclusion in 1942 soon became a more complicated history of public institutions that embodied conflicting motives and numerous layers of authority and expertise. Incongruous elements of coercion and idealism led to conflict in the camps, and differences of opinion deepened when the government required declarations of loyalty while denying civil liberty. For the children, education continued despite inadequate resources, a high teacher turnover rate, and frequent confusion about ends and means. The role of the older generation in preserving cultural expression and in insisting on continuity of education was a crucial thread in the social history of the camps.

Exile Within makes a strong contribution to the history of minority groups and of education in the United States; to the literature on children in crisis; and to our understanding of the contradictory uses of public authority under a democratic form of government.