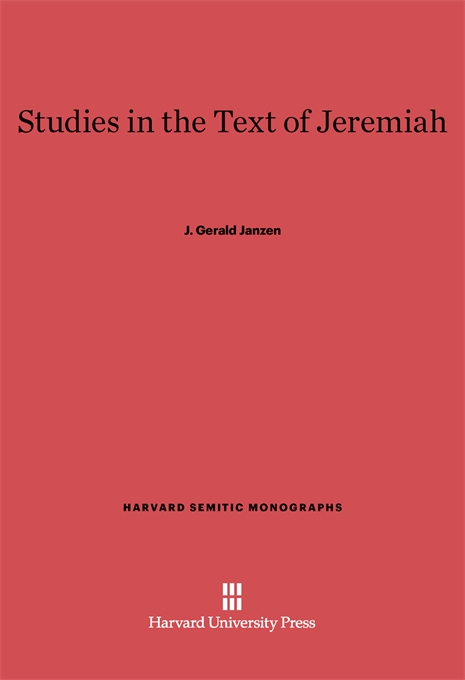 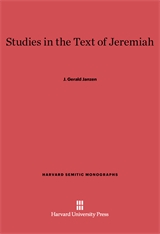 Studies in the Text of Jeremiah

Biblical scholars have long been troubled by the discrepancies between the preserved Massoretic text of Jeremiah and the shorter version of the book found in the oldest extant Greek text. By carefully examining variants within the two texts, J. Gerald Janzen establishes the shorter Greek version as superior and then demonstrates in detail the secondary character of the expanded readings of the traditional Massoretic text. He concludes that the Hebrew text of which the Old Greek text was a translation was closer to the ur-text of Jeremiah than the longer Massoretic version. The appendix containing the actual Qumran texts increases the value of Janzen’s competent study.