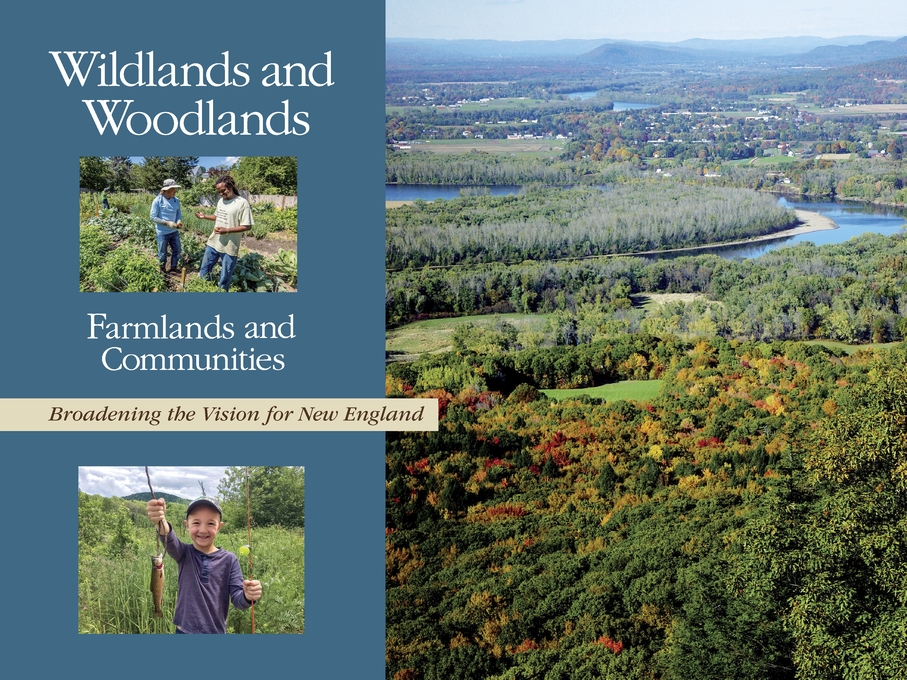 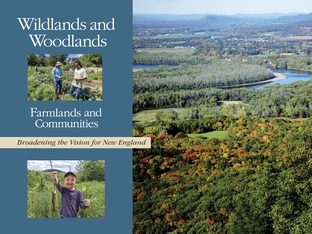 Wildlands and Woodlands, Farmlands and Communities

Broadening the Vision for New England

The Wildlands and Woodlands vision, as described in two previous Harvard Forest publications [Wildlands and Woodlands: A Vision for the Forests of Massachusetts, 2005; and Wildlands and Woodlands: A Vision for the New England Landscape, 2010], calls for collaboration among conservationists and willing landowners to permanently protect at least 70 percent of the New England landscape as forests by 2060. Another 7 percent of land that is currently in agriculture would remain intact for wildlife and people. This series advocates a balanced approach to conservation and preservation; most land would be actively and sustainably managed for wood, food, and other values, while continuing to provide clean water and air, wildlife habitat, recreation, and support for human lives in a changing environment. About a tenth of the forest, along with associated wetlands, streams, ponds, and other habitats, would comprise large wildland reserves.

This 2017 report offers new data on progress toward these goals and outlines complementary uses of the forest and agricultural landscape with thoughtful and efficient development of rural villages and towns, suburbs, and cities—to support people and nature across New England. It ends with recommendations to protect and care for the land that can forge a bright future for New England, provide a regional example for the nation, and help mitigate global environmental change.