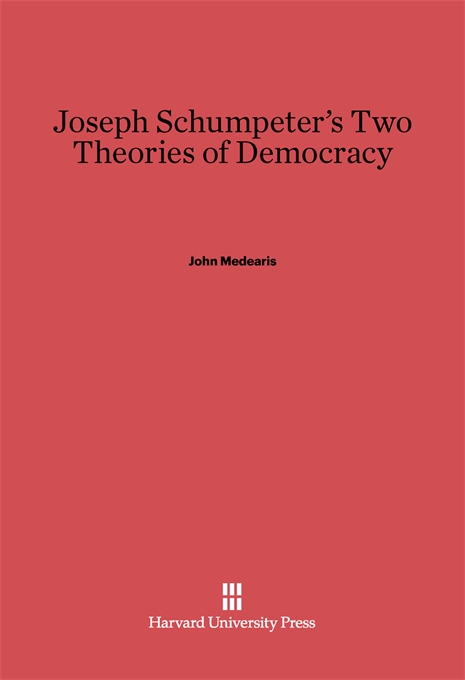 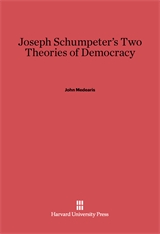 This book offers the first full-length treatment of Joseph Schumpeter’s political thought. Schumpeter’s theory of democracy as a competition among elites has influenced several generations of political scientists, but this book is the first to show that Schumpeter also conceived of democracy as a powerful transformative tendency leading toward the establishment of democratic socialism. Deploring this prospect, he theorized elite-dominated forms of society in which democratic change could be reined in.

The contrasts between the two perspectives are striking. The neglected transformative view, which this book expounds, stressed the importance of democratic beliefs and ideology, whereas the elite conception minimized their significance. The transformative perspective highlighted the radicalizing, dynamic effects of movements that attempt to realize democratic values and act upon democratic ideologies, while the better-known elite model depicted democracy in static terms and as institutionally stable.

Despite the sharp contrasts, both perspectives were part of Schumpeter’s complex and deeply conservative response to political change in his lifetime. Precisely because he viewed democracy as a potent transformative social force, he labored strenuously to theorize a form of society in which elites could restrain the pace and nature of democratic change.