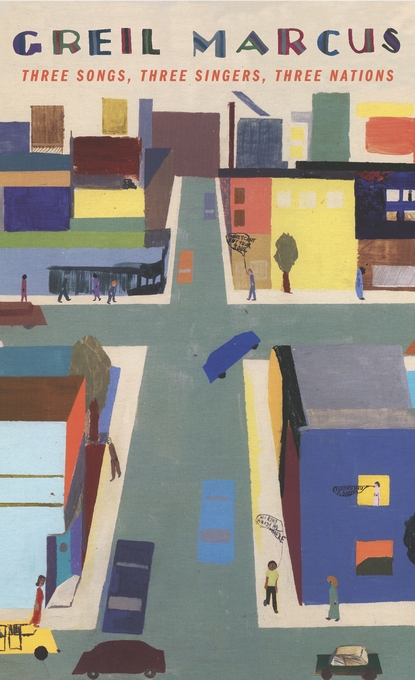 Greil Marcus has been one of the most distinctive voices in American music criticism for over forty years. His books, including Mystery Train and The Shape of Things to Come, traverse soundscapes of folk and blues, rock and punk, attuning readers to the surprising, often hidden affinities between the music and broader streams of American politics and culture.

Drawn from Marcus’s 2013 Massey Lectures at Harvard, his new work delves into three episodes in the history of American commonplace song: Bascom Lamar Lunsford’s 1928 “I Wish I Was a Mole in the Ground,” Geeshie Wiley’s 1930 “Last Kind Words Blues,” and Bob Dylan’s 1964 “Ballad of Hollis Brown.” How each of these songs manages to convey the uncanny sense that it was written by no one illuminates different aspects of the commonplace song tradition. Some songs truly did come together over time without an identifiable author. Others draw melodies and motifs from obscure sources but, in the hands of a particular artist, take a final, indelible shape. And, as in the case of Dylan’s “Hollis Brown,” there are songs that were written by a single author but that communicate as anonymous productions, as if they were folk songs passed down over many generations.

In three songs that seem to be written by no one, Marcus shows, we discover not only three different ways of talking about the United States but three different nations within its formal boundaries.