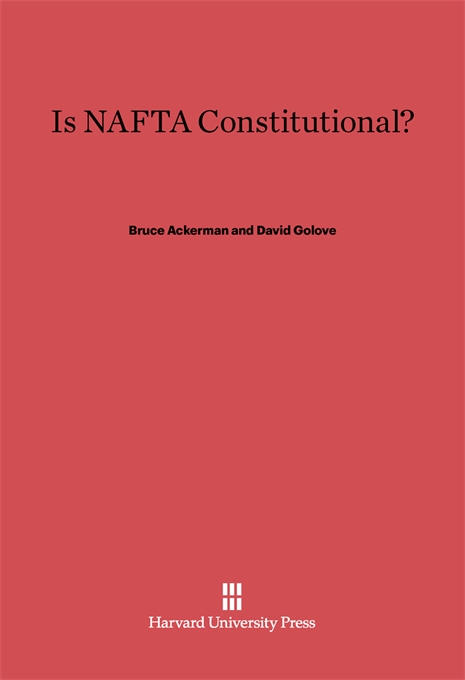 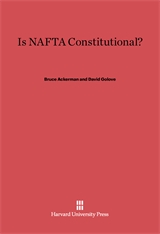 By a vote of 61 to 38, the Senate joined the House in declaring that “Congress approves…the North American Free Trade Agreement.” The vote was virtually unnoticed, since the real battle over NAFTA was in the House. But there is a puzzle here. The President, the Framers assure us, “shall have Power, by and with the Advice and Consent of the Senate, to make Treaties, provided two thirds of the Senators present concur.” Whatever happened to the Treaty Clause?

Bruce Ackerman and David Golove tell the story of the Treaty Clause’s being displaced in the twentieth century by a modern procedure in which the House of Representatives joins the Senate in the process of consideration, but simple majorities in both Houses suffice to commit the nation. This is called the Congressional–Executive Agreement, and is a response to a sea change in public opinion during and after World War II.

This book is reprinted from the Harvard Law Review.