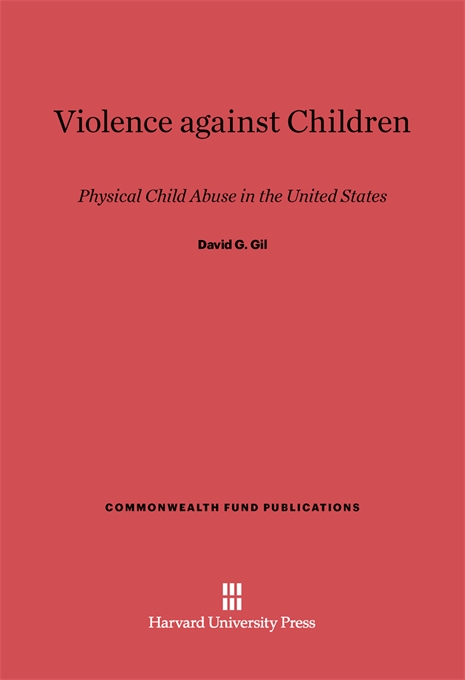 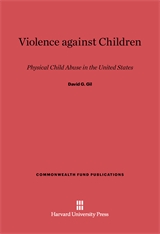 David Gil examines and interprets a series of nationwide studies of child abuse that were initiated in 1965 in an attempt to unravel the context of social and cultural forces with which violent behavior against children is associated. He begins with a definition: “Physical abuse of children is the intentional, nonaccidental use of physical force, or intentional nonaccidental acts of omission, on the part of a parent or other caretaker interacting with a child in his care, aimed at hurting, injuring, or destroying that child.”

With an approach that is epidemiologic, social, and cultural, rather than clinical and psychological, he compiles findings from press and public-opinion surveys, from analyses of nearly 13,000 incidents of child abuse reported through legal channels across the country during 1967 and 1968, and from a comprehensive study of more than 1300 incidents reported in a representative sample of cities and counties. He deals with incidence and community response rather than with case histories.

The findings, Gil maintains, suggest that violence against children is rooted in culturally determined theories and practices of child-rearing, with a higher incidence among the lower educational and socioeconomic strata of society, among broken families, and among families with four or more children. He concludes that perhaps the most serious form of child abuse is that inflicted by society rather than by parents and guardians. This societal abuse is manifested by the statistics on infant mortality, hunger and malnutrition, poverty, inadequate medical care, poor education, and officially sanctioned physical abuse in schools, correctional institutions, child care facilities, and juvenile courts. The author further concludes that American culture encourages the use of a certain measure of physical force in rearing children.

Straightforward and clearly presented, Gil’s book also suggests a typology of child abuse and recommends a set of structural measures and policies designed to reduce the incidence of abuse through an attack on its apparent roots within the fabric of society.