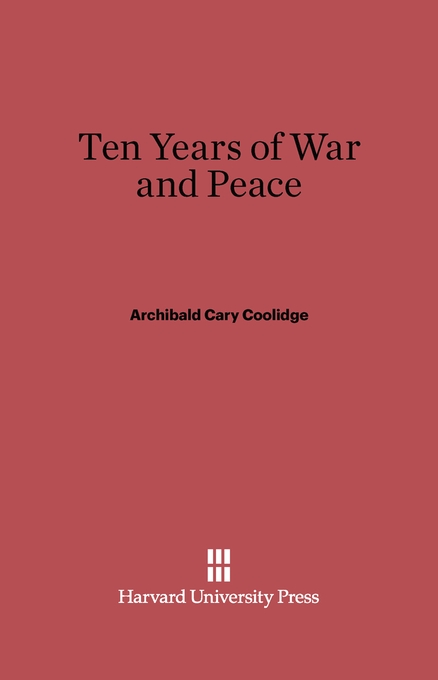 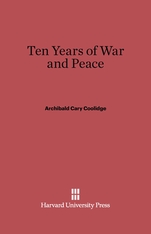 Ten Years of War and Peace

Archibald Coolidge has here gathered ten articles from Foreign Affairs of which he is the editor, from the Yale Review , and from the American Historical Review. All of them deal with the great problems of world politics. Of those problems they provide clear, historical accounts, accompanied by judicial comment. Such titles as “Nationality and the New Europe,” “The Break Up of the Hapsburg Empire,” “Russia after Genoa and The Hague,” sufficiently show how extended a view the book affords of the European field. Three papers deal specifically with the United States: “Two Years of American Foreign Policy,” which recounts the first achievements of Secretary Hughes, “The Future of the Monroe Doctrine,” and “After the Election,” wherein the advent of President Coolidge is discussed mainly from the point of view of its effect on our foreign policy. These chapters round out the volume and make of it a comprehensive review of the affairs of our world.