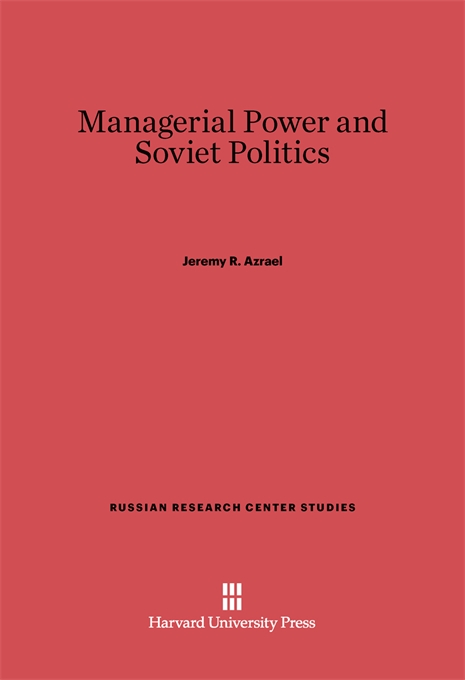 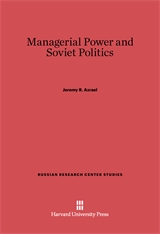 One of the most firmly held theoretical assumptions about Soviet Russia has been that the industrial development of that country would lead to the erosion of totalitarianism and the rise to political power of a “managerial elite.” In this much needed book, the author subjects this notion and related ones to the test of empirical examination. His conclusions, suggesting that many interpretations of Soviet political development are in need of revision, raise serious doubts about the degree to which the Soviet managerial elite has played, or is likely to play, the role of a vanguard in promoting political change.