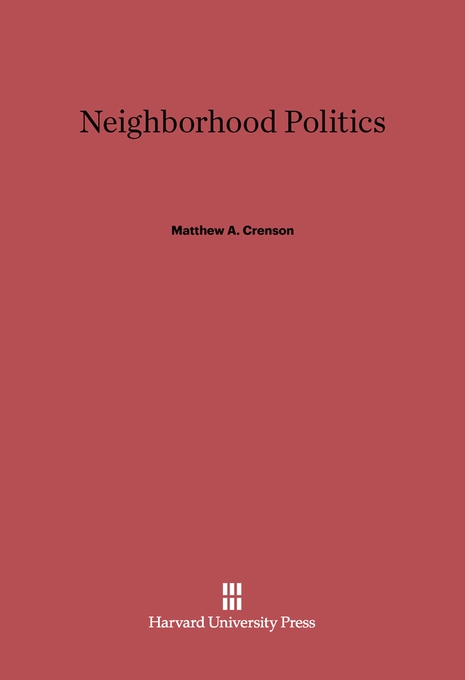 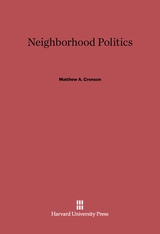 What makes an urban neighborhood tick? Why do some of a city’s poorest neighborhoods have cleaner streets and less vandalism than many of its more affluent areas? The public services that make certain neighborhoods stand out are often provided by the local residents themselves—but what makes them take action?

The setting for Matthew Crenson’s book is Baltimore. In this surprising, powerful work, he finds that such neighborhood action does not arise from a strong sense of neighborliness or community feeling. Instead, it is precisely when neighbors dislike one another that some features of informal self-organization emerge. Residents’ efforts to maintain public order, health, and safety frequently spring from social chaos and discord rather than from homogeneity. In fact, Crenson discovers that in many cases community polities arise not from the cohesiveness of close-knit “urban villages” but from the social diversity, inequality, and conflict that are associated with urbanism itself.

In an era when the inability of government institutions to solve the difficulties of city living is starkly apparent, understanding unofficial neighborhood government is critically important, and it can also clarify the foundations of political order itself. Crenson’s achievement is to redefine neighborhood problem-solving as the true “grass roots” urban politics, and in doing so he reveals why Baltimore is one of the few big cities that really work in America today.