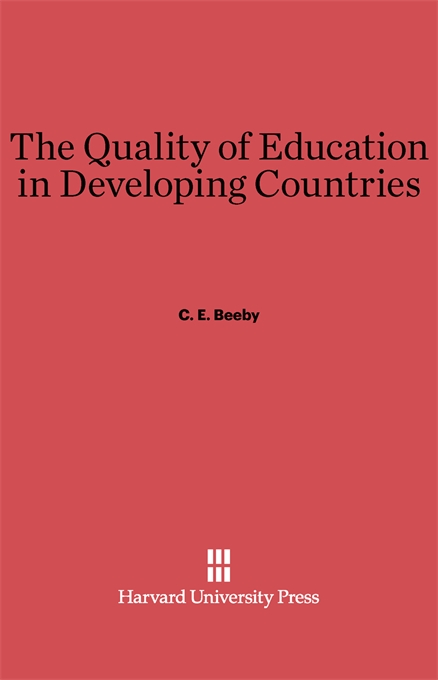 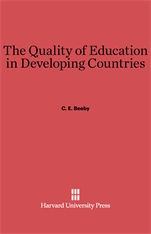 The Quality of Education in Developing Countries

Advanced countries of the world have taken a hundred years to work out systems of primary education reasonably well adapted to the needs of their communities and to the varied capacities of the children in their schools; today many of the developing countries are trying to do the same thing in a decade. At first sight it might appear that with the help and experience of the developed word they could leap a century and establish straight away something approaching the modern classroom without having to plod through the stage of dreary formalism that marked the first fifty years of our system of compulsory education, in much the same way that many of them have been ushered into the air-age without ever knowing the smoke and dirt of a nineteenth-century railway system.

As Director of Education for New Zealand, with responsibilities also in Western Samoa and in New Zealand’s Pacific Islands dependencies, for many years C. E. Beeby had to deal with two educational systems at very different levels of development. He reluctantly comes to the conclusion that new countries cannot simply adopt the systems that have evolved in other nations. He argues that an educational system of high quality must develop in distinct stages through which all systems, at least of a certain type, must pass, and which, though they may be shortened, cannot be skipped. Two main factors determine the stage of development of any primary school system: the level of general education of its teachers, and the length and type of their professional training.

Beeby emphasizes the need for young countries to maintain high educational standards in the face of an explosion of demand for schooling. He comments controversially on the respective roles of the economist and the educator in educational planning and on the need for a truly educational theory of growth to balance the economic theories that have tended to dominate educational planning. In a chapter as significant for developed countries as for emergent ones, he discusses conservatism in education and the peculiar pattern of resistance to change among the teaching profession. Beeby concludes with an examination of the difficulties young nations encounter in attempting to solve some of their problems through the application of new educational technology, and he describes the investigation that must be undertaken before one may assume that the new techniques and media can materially affect educational planning in these countries over the next decade.