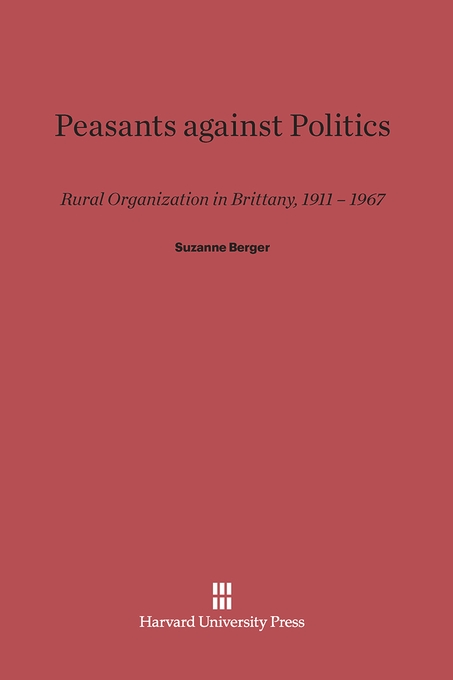 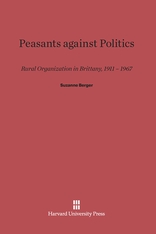 “The modern European state has lived upon a reservoir of soldiers and electors provided by the peasantry, but the peasants have remained the object of politics and not its master,” states Suzanne Berger. One of the few political scientists and students of the modernization process to look at the peasant–state relationship in the old nations of Europe, Berger explores the impact of mass organization on the politics of the peasants.

“One might have predicted,” she writes, “that as peasants became involved in local cooperative and syndical associations, their participation in the politics of the national community would have increased.” The results of her research show, however, that between 1911 and 1967 peasant participation in a wide range of rural associations did not significantly contribute to their integration into the national political system. Why have changes in rural society had so little impact on the peasant’s political role?

In considering this question, the author compares peasant organizations in Finistere and Côtes-du-Nord, two backward agricultural departments in western France. Although the social and economic structures of these areas were essentially the same, different types of organizations mobilized the peasants. In Finistere, corporative associations separated the countryside from the currents of national political life. As a result, party politics in Finistere became stagnant, and peasant electors voted in 1967 as they had in the first quarter of the century. In Côtes-du-Nord, on the other hand, the forces that organized the peasants were political parties, and they involved the countryside in national politics. It is this involvement that, according to the author, has contributed to a politicization of local communities and resulted in radical political change.