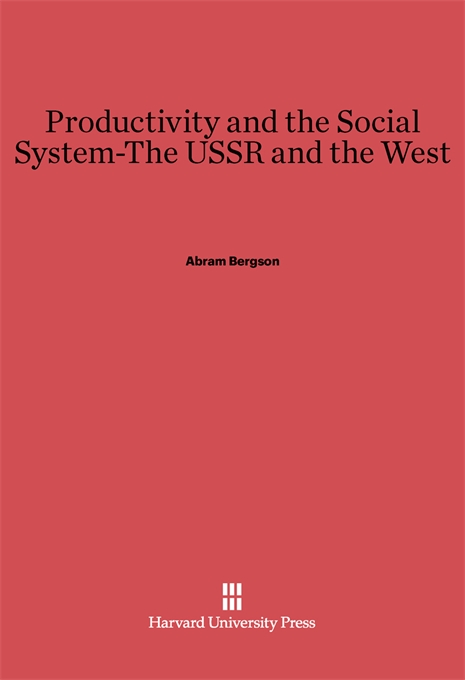 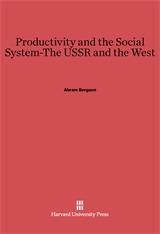 Productivity and the Social System—The USSR and the West

The question of the comparative efficiency of socialism, long debated in theoretical discussions, is explored in depth in these studies. Abram Bergson, one of the foremost Western scholars of the Soviet system, focuses especially on socialism as found in the USSR, and thus on the famous “Soviet model.” This includes centralist planning with its reliance on bureaucratic, as distinct from market processes, and a development strategy stressing growth and, until recently, limited economic relations with the capitalist West. Devoting some attention also to the experience with the “Soviet model” in Eastern Europe, Bergson compares the resulting economic performance with that in the West. The United States is the major Western country considered, but Western European nations are also studied with care and precision.

The “Soviet model” has been evolving in the course of time, and these studies explore recent developments in planning, particularly managerial incentives and controls, and growth strategy. In contrasting Eastern and Western economic performance, Bergson uses sophisticated quantitative techniques to contrast levels and growth of productivity while allowing for differences in historical factors, especially the stage of economic development. Productivity is considered both for the economy generally and for its sectors. Although socialist efficiency is investigated mainly through the Soviet case, this path-breaking book should serve as a point of departure for further inquiries into that large theme.