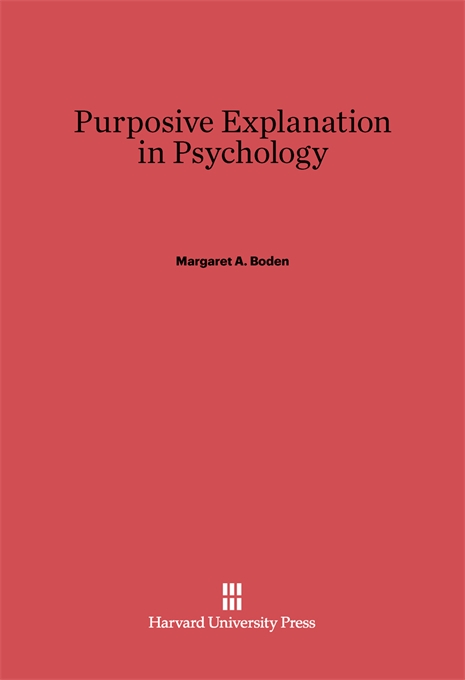 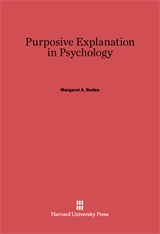 For many years psychologists have disputed the conceptual status of purposive explanation and its usefulness in psychology. What are the logical relations between purposive and nonpurposive (mechanistic) explanations? Are they mutually exclusive, complementary though different, or intertranslatable? Margaret A. Boden answers these questions and endeavors, in a well-reasoned and basically reductionist analysis, to resolve the theoretical disagreement. A wide range of psychological theories that have developed since the turn of the twentieth century are discussed from a historical perspective and in relation to contemporary research. These range from the strictest stimulus-response behaviorism through increasingly purposive theories of a broadly behavioristic type, to the humanist theories favored by McDougall and the Third Force. Competing analyses of purpose drawn from the philosophical and the cybernetic literature are considered.