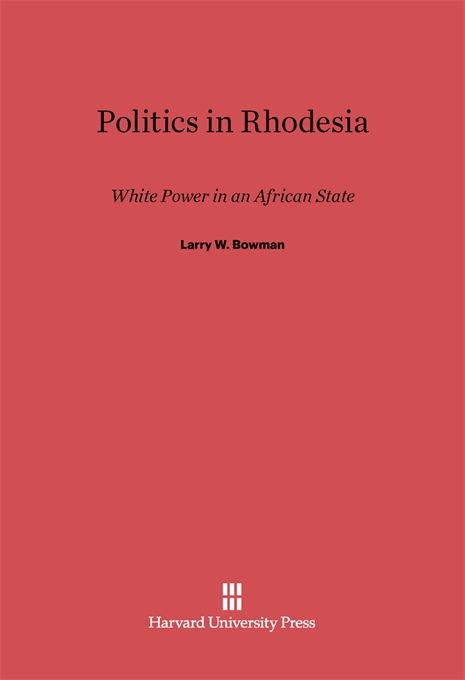 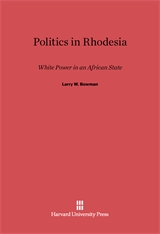 White Power in an African State

In November 1965 the white Rhodesian government headed by Prime Minister Ian D. Smith unilaterally declared itself independent. Ties with Britain which stretched back to the nineteenth century were severed, and Rhodesia, because of the nature of her decision and the orientation of her domestic racial policy, became the pariah of the international community.

Seven years later, no nation in the world had formally recognized the rebel Rhodesian government. The United Nations, for the first time in its history, voted to impose mandatory economic sanctions in an effort to force Rhodesia to renounce her action. And yet, white Rhodesia survived. Less than one-quarter million white Rhodesians continued to dominate five million Africans and to fend off all internal and international pressures for change.

Larry W. Bowman’s comprehensive analysis of Rhodesian society and politics, from the arrival of Europeans in 1890 to the present, shows that the political crises starting in the 1960s were firmly rooted in choices and patterns of interaction established much earlier. The author concentrates on the period from the beginning of the Central African Federation in 1953 to the Pearce Commission’s rejection in May 1972 of the attempt by the British and Rhodesian governments to resolve their differences. He challenges the widely held view that there existed during the 1950s and 1960s a viable possibility of serious interracial cooperation leading to a working multiracial or African nationalist government. His conclusion is that the white system is solidly entrenched, reflecting over eighty years of persistent growth and elaboration coupled with British indifference, and that change is unlikely to come about except through violence.

Bowman’s material is unique, for it was gathered during a two-year stay in Rhodesia when critical events were taking place; his documents, interviews, and research cannot be duplicated. His study includes a close examination of the internal workings of the Rhodesian Front Party which has governed Rhodesia since 1962.