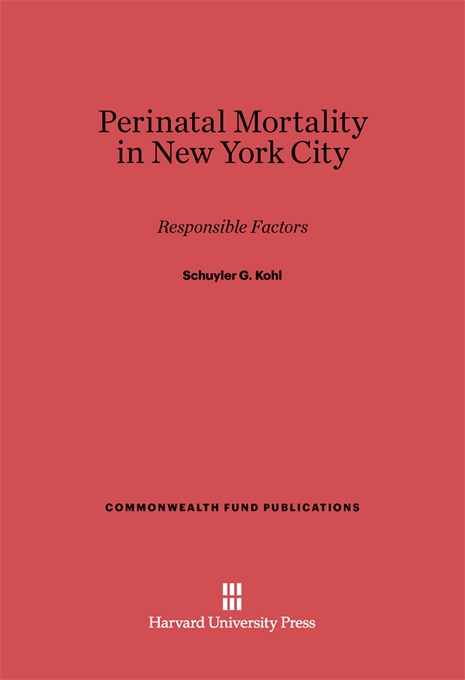 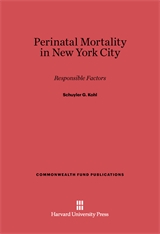 This extremely important book reports the findings and conclusions of a committee appointed by The New York Academy of Medicine to study stillbirths and deaths of infants shortly after birth.

A series of 955 perinatal deaths was analyzed by a team of investigators and their data were reviewed by a committee of eighteen obstetricians, pediatricians, and pathologists. This material was studied statistically by Dr. Schuyler G. Kohl with the advice and collaboration of Dr. John W. Fertig, Professor of Bio-Statistics, Columbia University. The subject matter was appraised objectively and the conclusions drawn afford a foundation for practical and hopeful approaches to the problem of the reduction of the death rate in the perinatal period.

The findings are of significance because it has been recognized that over the past few years the death rate of children under a year has declined, except in mortality among children in the first month of life. This phenomenon has been nationwide, and not limited to New York City. It is hoped, therefore, that the encouraging and suggestive material in this report will make its influence felt in every populated center.