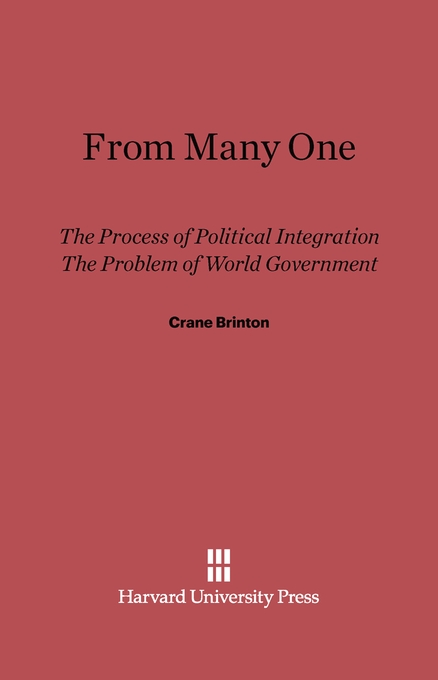 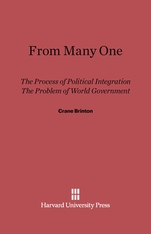 The Process of Political Integration and the Problem of World Government

World peace or world ruin, so runs the dichotomy that splits the mind of modern man. Crane Brinton suggests, however, that there is a middle way, and his very readable book will be welcomed by all who are not extremists.

Since the beginnings of Western society in the Nile and Euphrates valleys there have been unions of once separate, internally if temporarily at peace. Brinton asks how they have gone about it and discusses the basic process of political integration. He describes certain notable ancient, medieval, and modern examples of integration among political units, and concludes that, in the cool light of the facts—including the fact of human nature—the constructive approach to the contemporary problem by way of long-term, rather than hastily Utopian, planning.