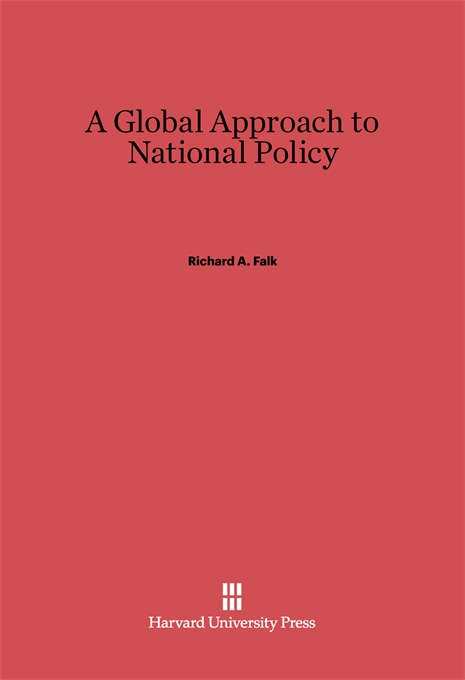 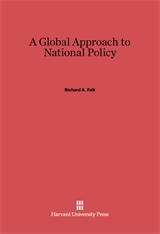 The existing system of world order is based on the sovereignty of individual nationstates. It seems clear to Richard A. Falk that a new normative order is called for if we hope to see the world-wide prevalence of economic well-being, political justice, and ecological health. In this volume, the author analyzes why the fundamental problems of our time—war, poverty, repression, environmental decay—stem not only from the outmoded policies of individual states, but from the character of statist logic itself.

The United States’ involvement in Indochina—extending to tactics of counter insurgency and ecocide which Falk argues are illegal under the standards of international law—represents the embodiment of statist logic in a global setting bereft of any “reliable means to interpret or implement restraints on national uses of military power.” The Nuremberg tradition offers a moral and legal rationale for opposition to state policy by individuals, as in the cases of Daniel Ellsberg, Anthony Russo, and Karl Armstrong. Unless popular forces committed to building a new world order are both vigilant and creative, governments will continue to evade the universalistic norms contained in the Nuremberg Principles.

Richard Falk also examines some of the roles that the superpowers and the United Nations play in international life, and offers a vision for the future in which international relations could be better structured to advance these norms. The book as a whole serves both to illuminate past failures of the global system and to offer practical guidelines for the future.