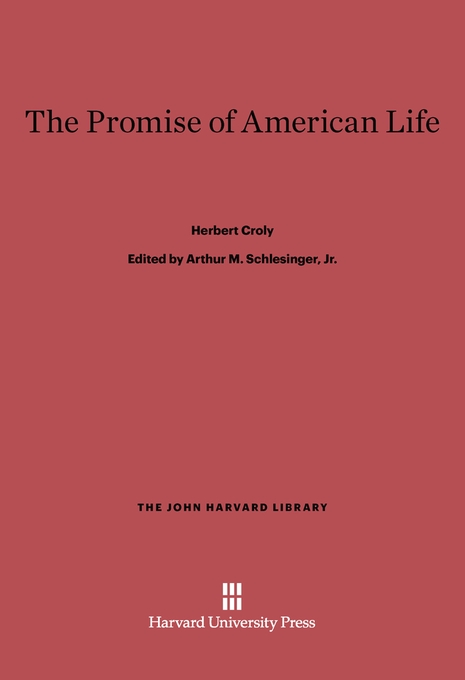 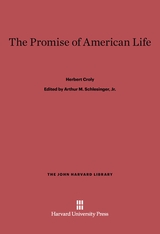 The Promise of American Life

The Promise of American Life, Herbert Croly’s searching diagnosis of American society, was first published in 1909, and it had an immediate effect on the course of what has come to be called the Progressive era. Twenty years later Felix Frankfurter wrote that the book “became a reservoir for all political writing after its publication.” In interpreting the promise of American life, Croly began with a survey of America’s past, through which he traced the alteration and interaction of two basic American concepts—the Jeffersonian idea of democracy and the Hamiltonian idea of authority. It was Croly’s thought that these concepts were not mutually exclusive, and that it was the task of statesmen to achieve the former with the help of the latter. Pointed and cogent throughout, The Promise of American Life is often prophetic in its discussions of education, labor, the businessman, individuality, technology, reform, foreign policy, and the nature of leadership; and it contains lively and perceptive evaluations of the influence on America of such men as Jefferson, Jackson, Hamilton, Clay, Daniel Webster, Lincoln, and Theodore Roosevelt. Today, as Arthur Schlesinger points out in his introductory essay, it still retains both its validity and vitality as a comment on the American experience.