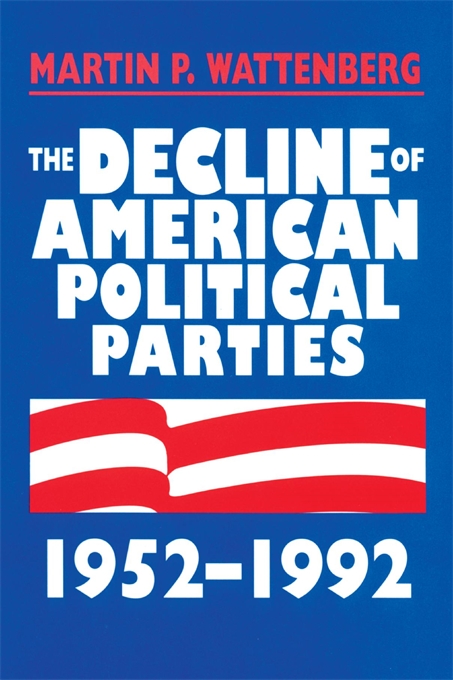 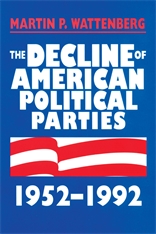 "The major theme of Chapter 12, new to this edition, is the missed opportunities for the parties in the 1996 elections. The year started with a highly visible confrontation over the budget that could have revitalized the party coalitions if the issues had been carried over to the election. However, the candidate-centered campaign of 1996 ultimately did little to resolve these issues or to reinvigorate partisanship in the electorate. In spite of the opportunities for getting new voters to the polls created by the Motor Voter Act, voter turnout in 1996 was the lowest since 1924. Turning out the vote is one of the most crucial functions of political parties, and their inability to mobalize more than half of the eligible electorate strongly indicates their future decline in importance to voters. Until citizens support the parties more by showing up to cast votes for their candidates, the decline of American political parties must be considered to be an ongoing phenomenon."