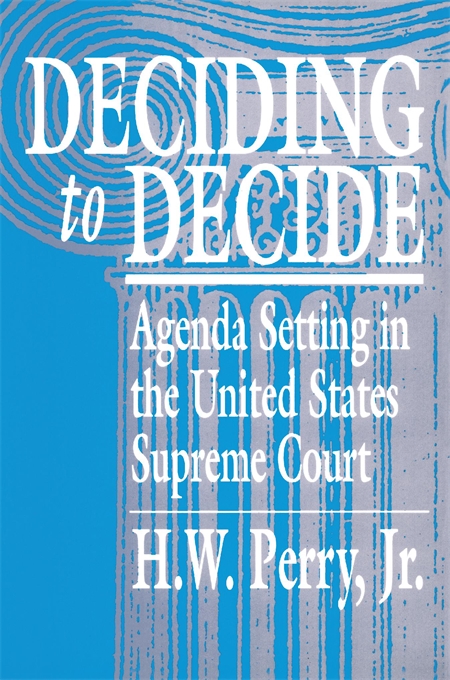 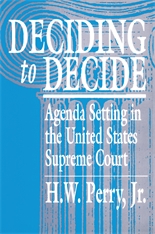 Of the nearly five thousand cases presented to the Supreme Court each year, less than 5 percent are granted review. How the Court sets its agenda, therefore, is perhaps as important as how it decides cases. H. W. Perry, Jr., takes the first hard look at the internal workings of the Supreme Court, illuminating its agenda-setting policies, procedures, and priorities as never before. He conveys a wealth of new information in clear prose and integrates insights he gathered in unprecedented interviews with five justices. For this unique study Perry also interviewed four U.S. solicitors general, several deputy solicitors general, seven judges on the D.C. Circuit Court of Appeals, and sixty-four former Supreme Court law clerks.

The clerks and justices spoke frankly with Perry, and his skillful analysis of their responses is the mainspring of this book. His engaging report demystifies the Court, bringing it vividly to life for general readers—as well as political scientists and a wide spectrum of readers throughout the legal profession. Perry not only provides previously unpublished information on how the Court operates but also gives us a new way of thinking about the institution. Among his contributions is a decision-making model that is more convincing and persuasive than the standard model for explaining judicial behavior.