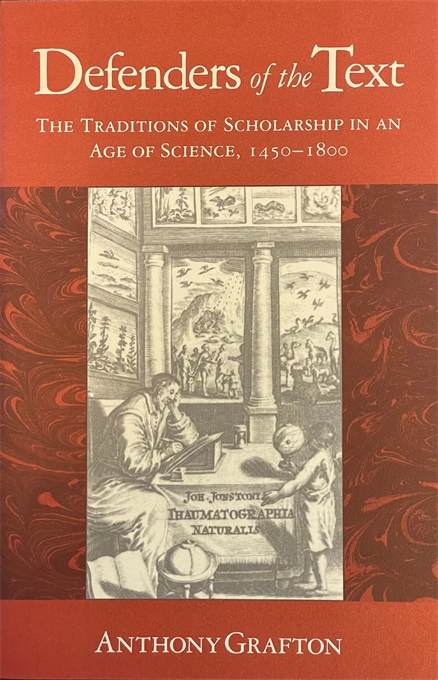 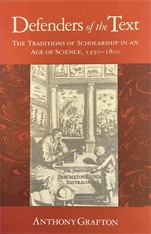 Defenders of the Text

Anthony Grafton is erudite and elegant in the style of the best historical writers who make the past come alive for the reader. In a full-scale presentation of the world of scholarship, from the Renaissance to the modern period, Grafton sets before us in three-dimensional detail such seminal figures as Poliziano, Scaliger, Kepler, and Wolf. He calls attention to continuities, moments of crisis, and changes in direction.

The central issue in Defenders of the Text is the relation between humanism and science from the mid-fifteenth century to the beginning of the modern period. Treatments of Renaissance humanism in English have emphasized the humanists’ commitment to rhetoric, ethics, and politics and have accused the humanists of concentrating on literary matters in preference to investigating the real world via new developments in science, philosophy, and other technical disciplines. This revisionist book demonstrates that humanism was neither a simple nor an impractical enterprise, but worked hand-in-hand with science in developing modern learning.

Grafton makes clear that humanism remained an integral and vital part of European culture until the eighteenth century, maintaining a technical component of its own—classical philology—which developed in as rich, varied, and unexpected a way as any other field of European thought. Attention to the text led the humanists to develop a whole range of cools and methods that lent power to science and learning for centuries to come. Grafton shows the continued capacity of classical texts to provoke innovative work in both philology and philosophy, and traces a number of close and important connections between humanism and natural science. His book will be important to intellectual historians, students of the classics and the classical tradition, and historians of early modern science.