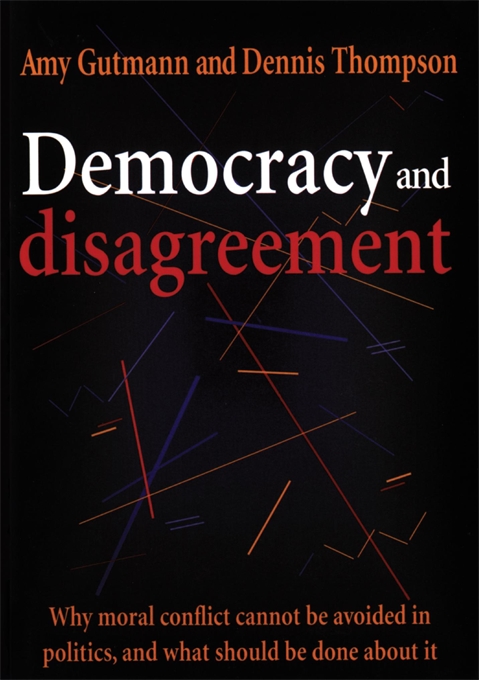 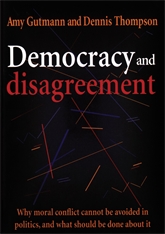 The din and deadlock of public life in America—where insults are traded, slogans proclaimed, and self-serving deals made and unmade—reveal the deep disagreement that pervades our democracy. The disagreement is not only political but also moral, as citizens and their representatives increasingly take extreme and intransigent positions. A better kind of public discussion is needed, and Amy Gutmann and Dennis Thompson provide an eloquent argument for “deliberative democracy” today. They develop a principled framework for opponents to come together on moral and political issues.

Gutmann and Thompson show how a deliberative democracy can address some of our most difficult controversies—from abortion and affirmative action to health care and welfare—and can allow diverse groups separated by class, race, religion, and gender to reason together. Their work goes beyond that of most political theorists and social scientists by exploring both the principles for reasonable argument and their application to actual cases. Not only do the authors suggest how deliberative democracy can work, they also show why improving our collective capacity for moral argument is better than referring all disagreements to procedural politics or judicial institutions. Democracy and Disagreement presents a compelling approach to how we might resolve some of our most trying moral disagreements and live with those that will inevitably persist, on terms that all of us can respect.