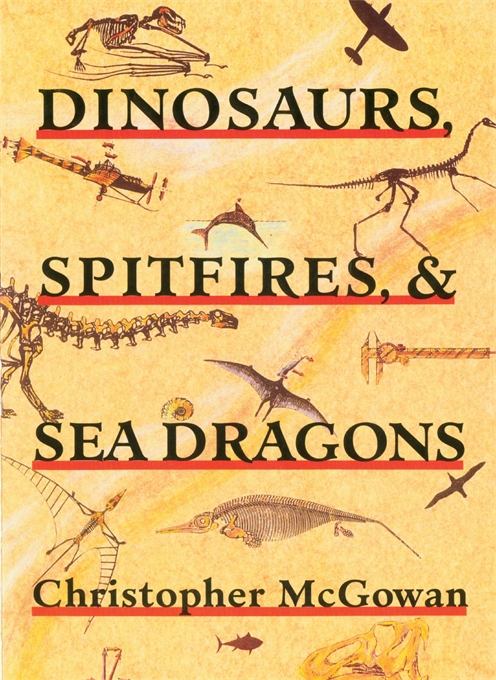 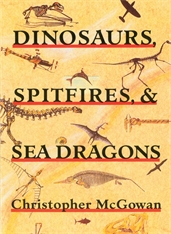 “The net effect of [this] book is to make one extremely jealous of anyone lucky enough to take Professor McGowan’s class in evolutionary biology at the University of Toronto… The problem with the several dinosaur controversies is that merely to argue about them requires an appreciation of many aspects of Newtonian physics, aero- and thermodynamics, and both applied and theoretical geophysics. Since one wishes to be read by more than the world’s half-dozen genuine polymaths, one must explain everything along the way, and that is the stunning success of this book. It is a text that can be read with profit by a teenager willing to learn a few new words and by a professional in the field of paleontology.”—M. R. Montgomery, The Boston Globe

“[A] wonderful book… Ultimately the great virtue of this book is that it faces down our instinctive desire to leap from bone to biology and in so doing produces a particular kind of wisdom which transcends its subject matter. For implicit in how McGowan and his kind have approached the dinosaur is a point of view humans almost never assume about themselves. How much are we pure physics? Our walks, our musculature, our electric nerve impulses? …Delicious… In addition to its intellectual strengths, for a book that is often technical, Dinosaurs, Spitfires, and Sea Dragons is extremely well-written… The lovely word ‘classic’ is already engraved upon it. But be advised: This is a science classic. It requires close reading. It demands not just that we approach, but that we be prepared to learn. But is not that the lesson hiding in our fascination with the dinosaurs in the first place?”—Stephen Strauss, The Globe and Mail

“Dinosaurs are so popular that we often neglect the even more fascinating reptiles of their time that evolved in the most unreptilian habitats of sea (ichthyosaurs, plesiosaurs, and their allies) and air (pterosaurs). McGowan, world’s leading expert on ichthyosaurs, and a fine writer as well, tells their wonderful story better than ever before—and doesn’t neglect the more conventional dinosaurs either.”—Stephen Jay Gould

“You don’t have to be an eight-year-old to fall in love with Dinosaurs, Spitfires, and Sea Dragons… Fun, scholarly, imaginatively written and wondrously anecdotal, this is the perfect companion for eight-year-olds of all ages.”—The San Francisco Chronicle

“At last, a grown-up’s book about dinosaurs. This beautifully illustrated work, written by a literate scientist for an educated lay audience, shines a bright new light into the darkness of the 150-million-year reign of the dinosaurs… An altogether captivating book.”—John Wilkes, The Los Angeles Times