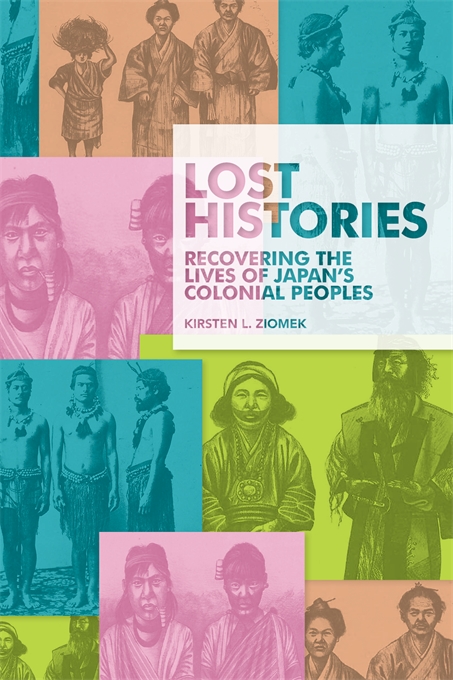 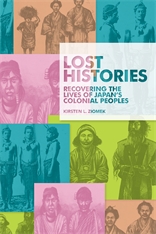 “Lost Histories has several strengths to recommend it and should be required reading for scholars and students in modern Asian history and colonial studies…the method of shifting away from official records (colonial archives) and instead looking to nonofficial records that are textual, oral, visual, and material has opened up new and unfiltered documentation of personal experiences of colonization.”—Alice Y. Tseng, American Historical Review

“Ziomek’s remarkable book Lost Histories occupies a unique place within this wave of scholarship [on Japanese imperialism] and represents a valuable contribution to it. What she has done…through her dogged research, is to force us to bring greater precision and empathy to our arguments about ethnicity and agency in colonial rule, in view of the lived experience of colonial subjects. In that sense, the book is truly a gift, one that I hope will feature prominently in future scholarship and teaching on the topic.”—H-Diplo Reviews

“A meticulously researched, vividly illustrated collection of micro-histories that bring to life the diverse peoples inhabiting the Japanese Empire… Ziomek contests narratives that see Japanese essentialization of ethnic difference as an attempt to strengthen their own position of power. Japan’s fixation on ethnic difference reveals not its success in securing a position of power atop the colonial racial hierarchy but instead the ‘precariousness’ of Japanese rule in the colonies.”—Journal of Asian Studies

“If, as the Naïve Idealist says, ‘a person’s name has the power to open a connection into their world,’ Kirsten L. Ziomek’s Lost Histories demonstrates that power. Her dogged pursuit of the names and life stories of people who lived within Japan’s formal empire is truly impressive. In several cases Ziomek circumvents the limitations of the ‘colonial archive’ to provide us with portrayals of people whose lives were certainly affected by the ‘oppressive nature of Japan’s colonial policies’ but were nevertheless full and fascinating.”—Journal of Japanese Studies

“As a work of original research that is both empirically grounded and conceptually bold, Lost Histories is highly recommended to scholars and students of imperial culture, colonial governance, and East Asian history.”—Paul D. Barclay, Journal of World History

“Conceptually ambitious and expertly crafted… Lost Histories is especially commendable for its re-creation of the life stories of individual colonial subjects… The quality of scholarship…is superb… Useful to anyone seeking to understand the dynamics of East Asian international relations today.”—Erik Esselstrom, Monumenta Nipponica

“Well written and fascinating, the book demonstrates that these lives tell us as much about colonialism as about the impact of colonial subjects on the conduct of Japanese colonial practices.”—Choice