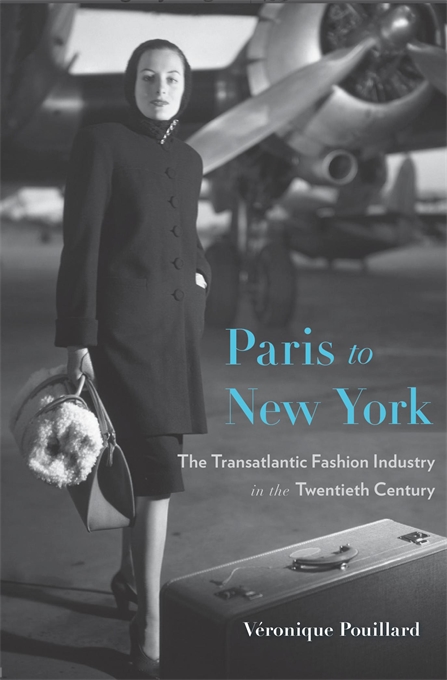 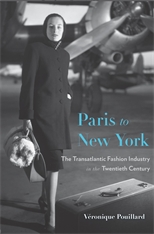 The Transatlantic Fashion Industry in the Twentieth Century

An innovative history of the fashion industry, focusing on the connections between Paris and New York, art and finance, and design and manufacturing.

Fashion is one of the most dynamic industries in the world, with an annual retail value of $3 trillion and globally recognized icons like Coco Chanel, Christian Dior, and Yves Saint Laurent. How did this industry generate such economic and symbolic capital?

Focusing on the roles of entrepreneurs, designers, and institutions in fashion’s two most important twentieth-century centers, Paris to New York tells the history of the industry as a negotiation between art and commerce. In the late nineteenth century, Paris-based firms set the tone for a global fashion culture nurtured by artistic visionaries. In the burgeoning New York industry, however, the focus was on mass production. American buyers, trend scouts, and designers crossed the Atlantic to attend couture openings, where they were inspired by, and often accused of counterfeiting, designs made in Paris. For their part, Paris couturiers traveled to New York to understand what American consumers wanted and to make deals with local manufacturers for whom they designed exclusive garments and accessories. The cooperation and competition between the two continents transformed the fashion industry in the early and mid-twentieth century, producing a hybrid of art and commodity.

Véronique Pouillard shows how the Paris–New York connection gave way in the 1960s to a network of widely distributed design and manufacturing centers. Since then, fashion has diversified. Tastes are no longer set by elites alone, but come from the street and from countercultures, and the business of fashion has transformed into a global enterprise.