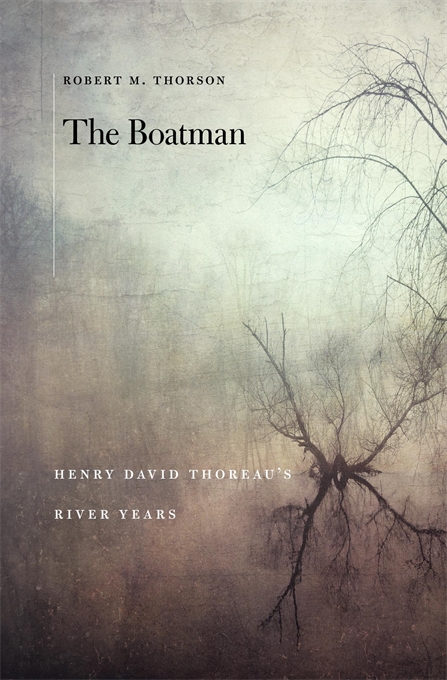 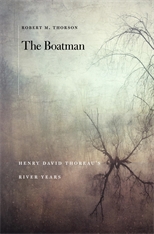 The Boatman gives readers a Thoreau for the Anthropocene epoch. As a backyard naturalist and river enthusiast, Thoreau was keenly aware of the way humans had altered the waterways and meadows of his beloved Concord River Valley. And he recognized that he himself—a land surveyor by trade—was as complicit in these transformations as the bankers, lawyers, builders, landowners, and elected officials who were his clients. Robert Thorson tells a compelling story of intellectual growth, as Thoreau moved from anger, to lament, to acceptance of the way humans had changed the river he cherished more than Walden Pond.

In his twenties, Thoreau had contemplated industrial sabotage against a downstream factory dam. By the mid-1850s he realized that humans and an “imperfect” nature were inseparable. His beliefs and scientific understanding of the river would be challenged again when he was hired in 1859 as a technical consultant for the River Meadow Association, in America’s first statewide case for dam removal—a veritable class-action suit of more than five hundred petitioners that pitted local farmers against industrialists. Thorson offers the most complete account to date of this “flowage controversy,” including Thoreau’s behind-the-scenes investigations and the political corruption that eventually carried the day.

In the years after the publication of Walden (1854), the river boatman’s joy in the natural world was undiminished by the prospect of environmental change. Increasingly, he sought out for solace and pleasure those river sites most dramatically altered by human invention and intervention—for better and worse.