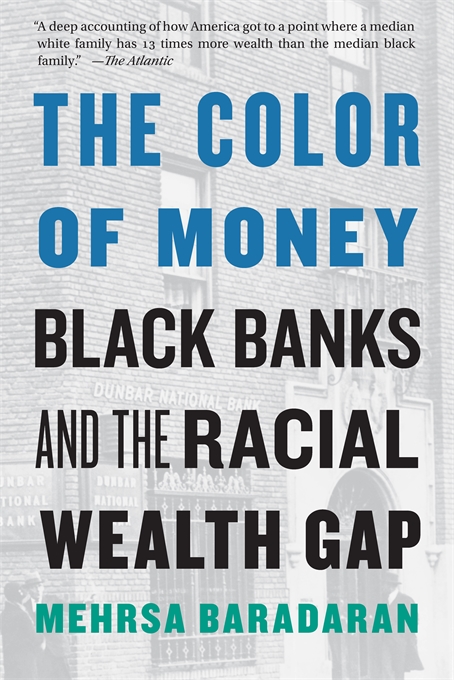 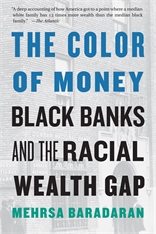 “Lays out how, over centuries, policymakers wrote Black Americans out of the economic system… Baradaran’s work resonates now as millions protest around the U.S.—speaking out not only against police brutality against Black Americans, but the systemic racism that pervades America’s institutions.”—The Huffington Post

“Baradaran…provides a deep accounting of how America got to a point where a median white family has 13 times more wealth than the median black family.”—Gillian B. White, The Atlantic

“Black capitalism has not improved the economic lives of black people, and Baradaran deftly explains the reasons why… Banking today already offers low interest loans and free services to the wealthy, while reserving payday lending and check cashing for those with the least resources. Baradaran’s lesson is that a separate system of black capitalism would intensify, rather than ameliorate, this dynamic along the lines of race.”—Armond Towns and Carolyn Hardin, The Los Angeles Review of Books

“Anyone who manages money, invests in others’ livelihoods or lives in America should read The Color of Money… The book digs into financial institutions and policies that are responsible for creating and maintaining racial inequalities in the United States… The book breaks down the stereotypes of self-help dogma that tout ‘save more, don’t spend so much or pull yourself up’ and rejects the idea that those who are not wealthy just need more financial literacy or mentorship.”—TechCrunch

“Baradaran’s point is to show how white and Black Americans effectively live in two separate economies… As a work of history, the book contains a disturbingly coherent narrative of racist plunder spanning from the Freedman’s Bureau bank to today’s payday lenders… Baradaran’s book is a must read for anyone interested in closing America’s racial wealth gap.”—Guy Emerson Mount, Black Perspectives

“Extraordinary… Baradaran focuses on a part of the American story that’s often ignored: the way African Americans were locked out of the financial engines that create wealth in America, and the way the rhetoric of equal treatment under the law was weaponized, as soon as slavery ended, against efforts to achieve economic equality.”—Ezra Klein, The Ezra Klein Show

“Baradaran has produced an important, sobering assessment of historic and contemporary African American banks… [She] provides an overview of American and African American economic history from the era of slavery to the present.”—Robert E. Weems, Jr., American Historical Review

“A stimulating walk-through of the history of the expansion of the wealth gap between black and white Americans that has grown even larger since the Emancipation Proclamation freed blacks from slavery.”—Sidney A. Johnson, Journal of Economics, Race, and Policy

“Combining a rich historical sweep with in-depth analysis of the mechanics of banking, Baradaran unpacks the brutal dilemma facing black banks—how to create black wealth in the context of a segregated and unequal ‘Jim Crow’ economy. Baradaran’s brilliant and devastating analysis leads to an irrefutable conclusion: the racial wealth gap is the product of state law and public policy, and will only be reversed when the same governmental tools that created segregation and discrimination are deployed to end it.”—Beryl Satter, author of Family Properties: How the Struggle over Race and Real Estate Transformed Chicago and Urban America

“Observers as different in time and ideology as Frederick Douglass, Malcolm X, and Ronald Reagan have argued that black banks represent perhaps the best hope for securing a just society. As Baradaran powerfully maintains, however, any effort to restrict responsibility to banks alone or black people alone will always be doomed to failure. A swift, beautiful, and chastening book, The Color of Money reminds us, yet again, that black poverty is not really an economic problem, but rather a political problem requiring political solutions.”—N. D. B. Connolly, author of A World More Concrete: Real Estate and the Remaking of Jim Crow South Florida

“Baradaran provides a pivotal understanding of how our racialized history structured the disparity between the black and white share of the nation’s wealth and how it continues to inhibit the development of black capital and black banks. Her book puts to rest, once and for all, the trope that self-help, buying black, and black banking are the panacea to black prosperity.”—Darrick Hamilton, The New School for Social Research

“In this important book, law professor Mehrsa Baradaran uses the history of black banking from emancipation to the present as a vehicle for exploring the origins and persistence of the racial wealth gap in America. This is more than a history of financial institutions, though. It is a probing, revelatory study of racism and capitalism in the making of modern America, one that reveals how segregation, racial prejudice, and black economic disadvantage became mutually reinforcing.”—Andrew W. Kahrl, University of Virginia