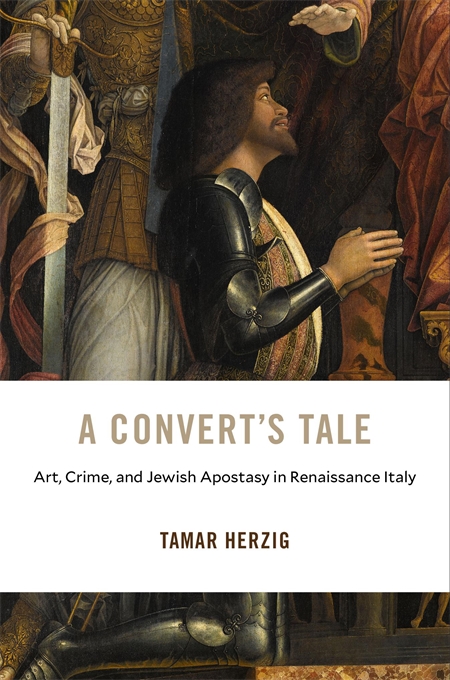 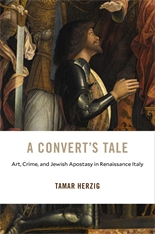 “[An] illuminating microhistory of the Jewish goldsmith and Christian convert Salomone da Sesso, and how far he and his family were truly able to integrate into their ‘host’ society of Renaissance Mantua and Ferrara.”—Simon Ditchfield, Times Higher Education

“Reconstructs the complex relations between Christians and Jews in the Renaissance, highlighting a darker side of an era often seen as enlightened.”—Ariel David, Haaretz

“Excellent…presents a vivid portrait of Salomone, tracing his life story as he and his family converted from Judaism to Christianity. Herzig deftly interweaves microhistory with broader considerations of gender, religious difference, and cultural assimilation in the Renaissance, crafting an exceedingly readable narrative that enriches our understanding of the intersections between artistic patronage and religious conversion in the Italian Renaissance.”—Rachel Miller, Annali d’Italianistica

“[A] richly detailed work of microhistory… Herzig’s investigation of Salomone/Ercole’s history leads to new reflections on the lives of Jewish converts and Christian rulers in early modern Italy and how punishment, gender, and religion intertwined.”—Meghan Callahan, Canadian Journal of History

“[A Convert’s Tale] presents the life of Salomone—later baptized as Ercole de’Fedeli—and the advantages, trials, and tribulations of a convert in quattrocento Italy. Chasing Salomone and his family through the archives, Herzig connects this convert’s life to the broader histories of artistry, patronage, intra-Jewish communal aﬀairs, interfaith relations, and identity politics.”—Marci Freedman, H-Judaic

“Meticulously researched and superbly written… Provides a more ambitious and richly textured panorama of the wider effects of Salomone’s life as a Jew, as a Christian, and as a goldsmith, in relation to his family members, his patrons, associates—both Jews and Christians—and the Renaissance culture and society in which he lived… Herzig’s work will stand at the forefront of research on the conversion of Jews to Christianity in Renaissance Italy for many years to come.”—Katherine E. Aron-Beller, H-Net Reviews

“Throughout this beautifully written book, Herzig calls on us to reflect from multiple perspectives on the material she has uncovered…the historian’s own inquisitive, analytic voice and comparative methodology stand behind this tale, revealing a great deal about how—with what achievements and what limitations—it is possible to reconstruct the past by astutely examining the pieces of the puzzle that have survived dispersed among the archives.”—L. Scott Lerner, Journal of Jewish Identities

“A compelling read, a book that will be of great interest to scholars and students of art and material culture, of Jews and Jewish converts, of Renaissance court life, and of aristocratic marriages, with particular insight into the condition of women within them.”—Miri Rubin, Journal of Modern History

“A fascinating, detailed microhistorical portrait of the life and career of Salomone da Sesso, a virtuoso Jewish goldsmith who converted to Catholicism in Ferrara in 1491… [Herzig’s work] provides a great deal of insight into the place of Jews in the society and culture of the Italian Renaissance.”—Rosa Salzberg, Journal of Modern Jewish Studies

“Breaks new ground… Herzig’s engaging tome illustrates how deeply the fates of individual converts could depend on their immediate circumstances… Herzig’s masterful portrait of Ercole reveals much about Ercole’s life and world, and it shows that this acclaimed goldsmith embodied important trends common to many premodern converts.”—Paola Tartakoff, Marginalia

“Extremely well-written and meticulously researched… Sheds light on the expectations and realities of Jewish converts as well as the stigma of conversion in the community. Through these analyses, Herzig answers the overarching question of why Salomone converted—and concludes that it was for both protection and financial reasons.”—Nilab Ferozan, Renaissance and Reformation

“In a major feat of archival sleuthing, Herzig presents a study of conversion that will interest academics and the general audience alike.”—Dana E. Katz, Renaissance Quarterly

“[A] bravura piece of scholarship…[an] extraordinary story… Herzig’s expertise extends to many fields… Shows the personal side of conversion in a way that confirms more theoretical recent scholarship… The power of this story lies in how it shows layers of society interdependent and melded together. Herzig gives us an impoverished Jewish community, an unstable but striving artisan class, the many intermediaries who ran crucial interference between artists and patrons, the rulers themselves, and the broader political network in which they governed.”—Emily Michelson, Renaissance Studies

“Enriches our present understanding of apostasy through an interdisciplinary investigation of the artistic, political, social and psychological undertones of the phenomenon… Herzig is able to turn a micro-historical case study into a macroscopic biopic of a self-fashioned virtuoso of the arts and the social life of 16th-century Ferrara… Convincingly succeeds in painting a full-color portrait of an equally raw and embellished life.”—Allegra Baggio Corradi, Reviews in History

“[Herzig’s] account of Salomone/Ercole’s life and times throws an intriguing light on the complex situation of Jewish communities in Renaissance Italy in the years before the Council of Trent.”—Brian G. H. Ditcham, Sixteenth Century Journal

“A thoroughly researched investigation of the life of one of the most celebrated Renaissance goldsmiths, A Convert’s Tale offers a vivid, layered portrayal of the ambiguities inherent in both Jewish–Christian and patron–client relations in Renaissance Italy. Herzig’s book is exemplary in its insightful treatment of the familial and gendered implications of conversion to Christianity. Its impressive reconstruction of the often unglamorous vicissitudes of a busy artisan’s existence, and its masterful presentation of the complex power dynamics that marked the uneven relations between Jews/Jewish converts and their princely protectors, make A Convert’s Tale an unmissable read for Renaissance and Jewish Studies scholars alike.”—Francesca Bregoli, author of Mediterranean Enlightenment: Livornese Jews, Tuscan Culture, and Eighteenth-Century Reform

“Herzig’s brilliant case study offers captivating new perspectives, not just for the glance it casts on Salomone’s apostasy, but also on the profound effects, both negative and positive, his adherence to Christianity had on his family over the long term. A Convert’s Tale will increase our understanding of conversion in early modern Italy and move scholarship on Jewish–Christian relations in fascinating new directions.”—Konrad Eisenbichler, author of The Sword and the Pen: Women, Politics, and Poetry in Sixteenth-Century Siena

“A Convert’s Tale is an incisive book that with impressive sophistication blends archival research with cultural and social history. Herzig employs a microhistorical approach to thoroughly examine the life of a noted virtuoso goldsmith as a Jew and later as a convert in Renaissance Italy. In so doing she shines a light on the life of converts from Judaism to Christianity, Jewish–Christian relations, patronage, and homosexuality in fifteenth- and sixteenth-century Italian cities with her usual, admirable command of primary sources and scholarship.”—Federica Francesconi, University at Albany, State University of New York