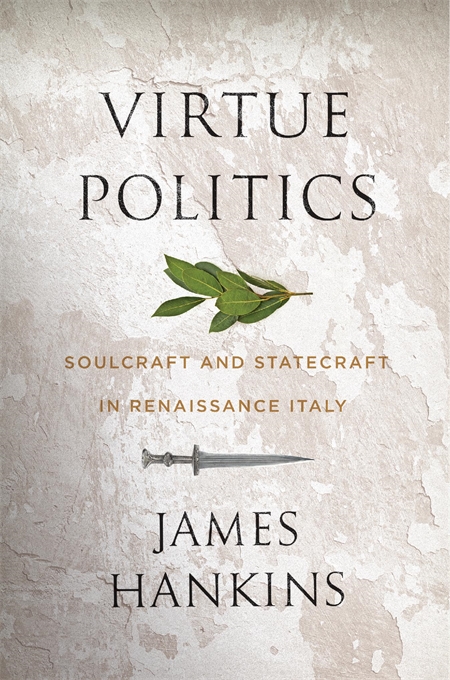 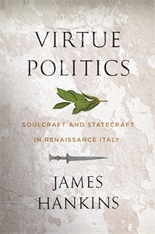 Soulcraft and Statecraft in Renaissance Italy

“Magisterial…Hankins shows that the humanists’ obsession with character explains their surprising indifference to particular forms of government. If rulers lacked authentic virtue, they believed, it did not matter what institutions framed their power.”—Wall Street Journal

“Puts the politics back into humanism in an extraordinarily deep and far-reaching way…For generations to come, all who write about the political thought of Italian humanism will have to refer to it; its influence will be…nothing less than transformative.”—Noel Malcolm, American Affairs

“[A] masterpiece…It is only Hankins’s tireless exploration of forgotten documents…and extraordinary endeavors of editing, translation, and exposition that allow us to reconstruct—almost for the first time in 550 years—[the humanists’] three compelling arguments for why a strong moral character and habits of truth are vital for governing well. Yet they are as relevant to contemporary democracy in Britain, and in the United States, as to Machiavelli.”—Rory Stewart, Times Literary Supplement

“The lessons for today are clear and profound.”—Robert D. Kaplan

Convulsed by a civilizational crisis, the great thinkers of the Renaissance set out to reconceive the nature of society. Everywhere they saw problems. Corrupt and reckless tyrants sowing discord and ruling through fear; elites who prized wealth and status over the common good; military leaders waging endless wars. Their solution was at once simple and radical. “Men, not walls, make a city,” as Thucydides so memorably said. They would rebuild their city, and their civilization, by transforming the moral character of its citizens. Soulcraft, they believed, was a precondition of successful statecraft.

A dazzlingly ambitious reappraisal of Renaissance political thought by one of our generation’s foremost intellectual historians, Virtue Politics challenges the traditional narrative that looks to the Renaissance as the seedbed of modern republicanism and sees Machiavelli as its exemplary thinker. James Hankins reveals that what most concerned the humanists was not reforming laws or institutions so much as shaping citizens. If character mattered more than constitutions, it would have to be nurtured through a new program of education they called the studia humanitatis: the humanities.

We owe liberal arts education and much else besides to the bold experiment of these passionate and principled thinkers. The questions they asked—Should a good man serve a corrupt regime? What virtues are necessary in a leader? What is the source of political legitimacy? Is wealth concentration detrimental to social cohesion? Should citizens be expected to fight for their country?—would have a profound impact on later debates about good government and seem as vital today as they did then.