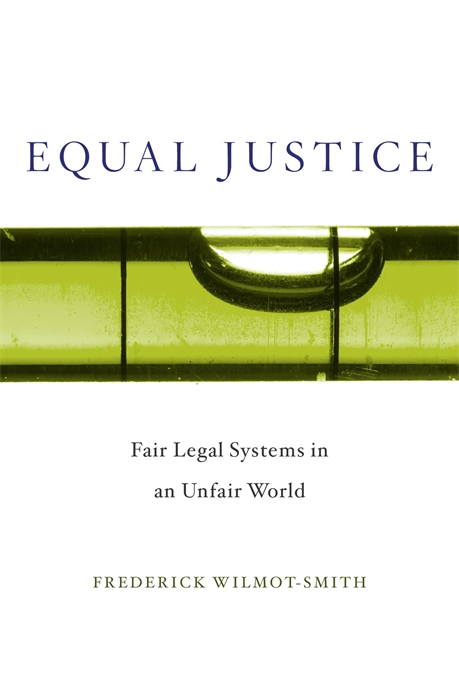 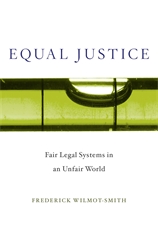 A philosophical and legal argument for equal access to good lawyers and other legal resources.

Should your risk of wrongful conviction depend on your wealth? We wouldn’t dream of passing a law to that effect, but our legal system, which permits the rich to buy the best lawyers, enables wealth to affect legal outcomes. Clearly justice depends not only on the substance of laws but also on the system that administers them.

In Equal Justice, Frederick Wilmot-Smith offers an account of a topic neglected in theory and undermined in practice: justice in legal institutions. He argues that the benefits and burdens of legal systems should be shared equally and that divergences from equality must issue from a fair procedure. He also considers how the ideal of equal justice might be made a reality. Least controversially, legal resources must sometimes be granted to those who cannot afford them. More radically, we may need to rethink the centrality of the market to legal systems. Markets in legal resources entrench preexisting inequalities, allocate injustice to those without means, and enable the rich to escape the law’s demands. None of this can be justified. Many people think that markets in health care are unjust; it may be time to think of legal services in the same way.