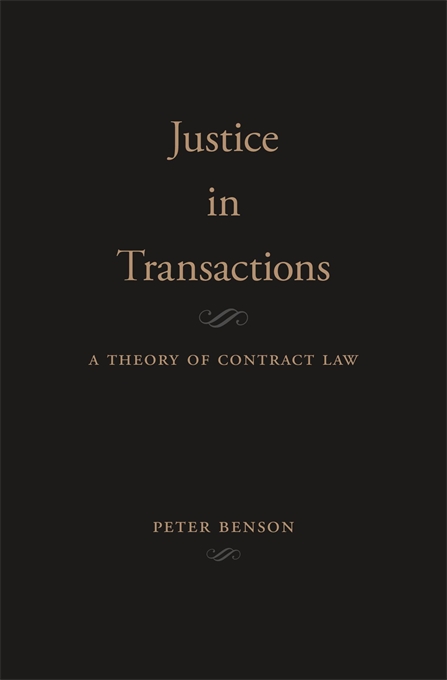 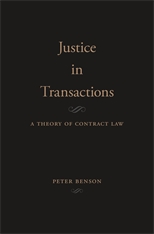 A Theory of Contract Law

Can we account for contract law on a moral basis that is acceptable from the standpoint of liberal justice? To answer this question, Peter Benson develops a theory of contract that is completely independent of—and arguably superior to—long-dominant views, which take contract law to be justified on the basis of economics or promissory morality. Through a detailed analysis of contract principles and doctrines, Benson brings out the specific normative conception underpinning the whole of contract law. Contract, he argues, is best explained as a transfer of rights, which is complete at the moment of agreement and is governed by a definite conception of justice—justice in transactions.

Benson’s analysis provides what John Rawls called a public basis of justification, which is as essential to the liberal legitimacy of contract as to any other form of coercive law. The argument of Justice in Transactions is expressly complementary to Rawls’s, presenting an original justification designed specifically for transactions, as distinguished from the background institutions to which Rawls’s own theory applies. The result is a field-defining work offering a comprehensive theory of contract law. Benson shows that contract law is both justified in its own right and fully congruent with other domains—moral, economic, and political—of liberal society.