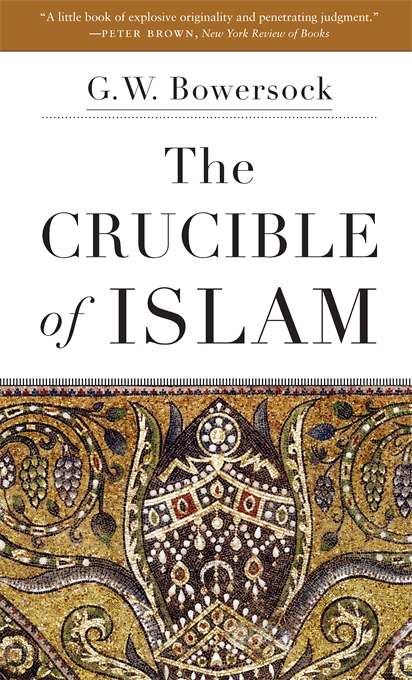 Little is known about Arabia in the sixth century CE. Yet from this distant time and place emerged a faith and an empire that stretched from the Iberian peninsula to India. Today, Muslims account for nearly a quarter of the global population. G. W. Bowersock seeks to illuminate this most obscure and yet most dynamic period in the history of Islam—from the mid-sixth to mid-seventh century—exploring why arid Arabia proved to be such fertile ground for Muhammad’s prophetic message, and why that message spread so quickly to the wider world.

In Muhammad’s time Arabia stood at the crossroads of great empires, a place where Christianity, Judaism, and local polytheistic traditions vied for adherents. Mecca, Muhammad’s birthplace, belonged to the part of Arabia recently conquered by the Ethiopian Christian king Abraha. But Ethiopia lost western Arabia to Persia following Abraha’s death, while the death of the Byzantine emperor in 602 further destabilized the region. Within this chaotic environment, where lands and populations were traded frequently among competing powers and belief systems, Muhammad began winning converts to his revelations. In a troubled age, his followers coalesced into a powerful force, conquering Palestine, Syria, and Egypt and laying the groundwork of the Umayyad Caliphate.

The crucible of Islam remains an elusive vessel. Although we may never grasp it firmly, Bowersock offers the most detailed description of its contours and the most compelling explanation of how one of the world’s great religions took shape.