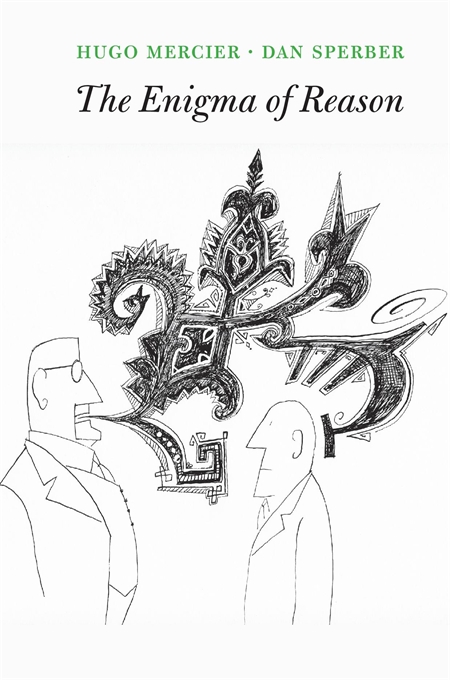 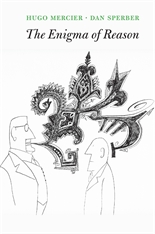 The Enigma of Reason

“Reasonable-seeming people are often totally irrational. Rarely has this insight seemed more relevant than it does right now. Still, an essential puzzle remains: How did we come to be this way? In The Enigma of Reason, the cognitive scientists Hugo Mercier and Dan Sperber take a stab at answering this question… [Their] argument runs, more or less, as follows: Humans’ biggest advantage over other species is our ability to cooperate. Cooperation is difficult to establish and almost as difficult to sustain. For any individual, freeloading is always the best course of action. Reason developed not to enable us to solve abstract, logical problems…[but] to resolve the problems posed by living in collaborative groups.”—Elizabeth Kolbert, The New Yorker

“The Enigma of Reason is a comprehensive and well‐motivated overview of the contemporary scientific and philosophical literature on reasoning. This is especially timely as we struggle to make sense of how it is that individuals and communities persist in holding beliefs that have been thoroughly discredited.”—Darren Frey, Science

“Mercier and Sperber believe that reason’s main utility is in our interactions with others, not sitting alone in our rooms and philosophizing. Reason is what enables us to explain our thoughts and actions to others.”—Jonathan Foiles, Psychology Today

“Original, persuasive, and deftly argued, The Enigma of Reason puts forward a new and rather surprising thesis that the proper (evolutionary) functioning of reasoning is to persuade others via argumentation. This book will challenge your preconceptions about the mind’s internal logic and why it exists. A compelling read and a novel contribution to the literature on reasoning.”—Clark Barrett, University of California, Los Angeles

“This is a terrific book. The best thing I have read about human reasoning. It is extremely well written, interesting, and very enjoyable to read.”—Gilbert Harman, Princeton University

“As evolutionary psychologists, Mercier and Sperber ask what might have been adaptive for our ancestors and thus built into our brains. Some have argued for modules specialized for reasoning about particular topics. But Mercier and Sperber argue for a single module that can frame an argument and its conclusion: the former aids cooperation and the latter communication. So, the ultimate goal of reasoning is persuasion. It’s an extraordinarily ambitious theory presented with brilliant insights, profound scholarship, and entertaining anecdotes.”—Philip Johnson-Laird, Princeton University