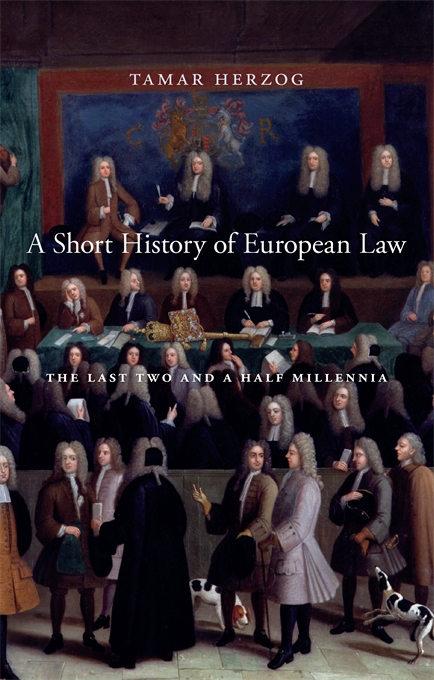 A Short History of European Law

The Last Two and a Half Millennia

To many observers, European law seems like the endpoint of a mostly random walk through history. Certainly the trajectory of legal systems in the West over the past 2,500 years is far from self-evident. In A Short History of European Law, Tamar Herzog offers a new road map that reveals underlying patterns and unexpected connections. By identifying what European law was, where its iterations could be found, who was allowed to make and implement it, and what the results were, she ties legal norms to their historical circumstances, and allows readers to grasp their malleability and fragility.

Herzog describes how successive European legal systems built upon one another, from ancient times through the establishment and growth of the European Union. Roman law formed the backbone of each configuration, though the way it was understood, used, and reshaped varied dramatically from one century and place to the next. Only by considering Continental civil law and English common law together do we see how they drew from and enriched this shared tradition.

Expanding the definition of Europe to include its colonial domains, Herzog explains that British and Spanish empires in the New World were not only recipients of European legal traditions but also incubators of new ideas. Their experiences, as well as the constant tension between overreaching ideas and naive localism, explain how European law refashioned itself as the epitome of reason and as a system with potentially global applications.