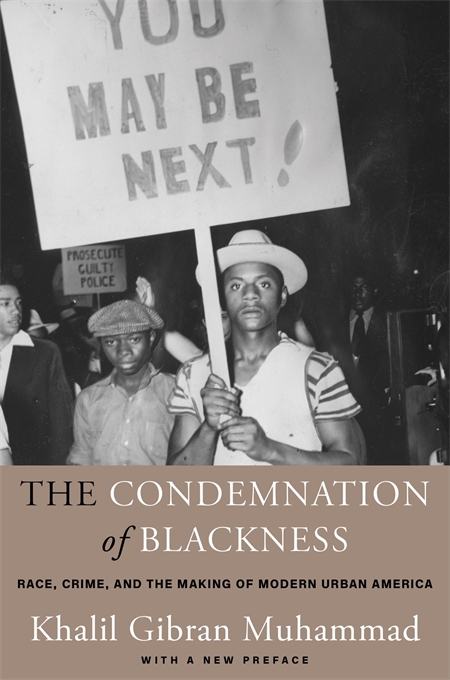 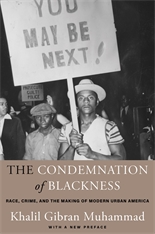 Race, Crime, and the Making of Modern Urban America, With a New Preface

On the NPR podcast Throughline, listen to Khalil Gibran Muhammad explicate the parallel development of policing in America’s north and south—which in both regions hinged on the use of brutal force to control Black Americans:

“[A] brilliant work that tells us how directly the past has formed us.”—Darryl Pinckney, The New York Review of Books

Lynch mobs, chain gangs, and popular views of black southern criminals that defined the Jim Crow South are well known. We know less about the role of the urban North in shaping views of race and crime in American society.

Following the 1890 census, the first to measure the generation of African Americans born after slavery, crime statistics, new migration and immigration trends, and symbolic references to America as the promised land of opportunity were woven into a cautionary tale about the exceptional threat black people posed to modern urban society. Excessive arrest rates and overrepresentation in northern prisons were seen by many whites—liberals and conservatives, northerners and southerners—as indisputable proof of blacks’ inferiority. In the heyday of “separate but equal,” what else but pathology could explain black failure in the “land of opportunity”?

The idea of black criminality was crucial to the making of modern urban America, as were African Americans’ own ideas about race and crime. Chronicling the emergence of deeply embedded notions of black people as a dangerous race of criminals by explicit contrast to working-class whites and European immigrants, Khalil Gibran Muhammad reveals the influence such ideas have had on urban development and social policies.