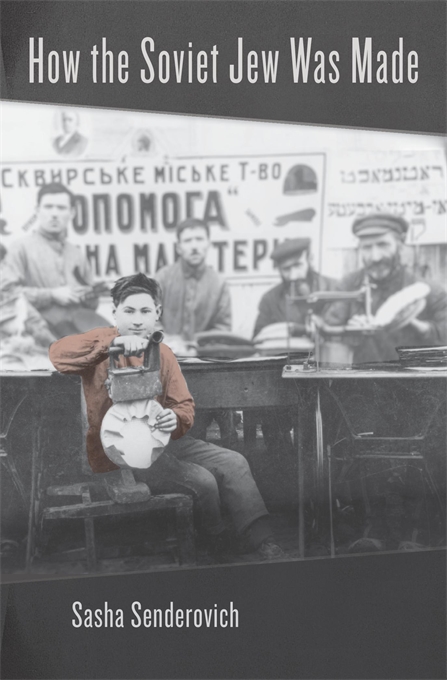 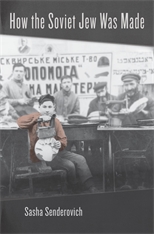 How the Soviet Jew Was Made

A close reading of postrevolutionary Russian and Yiddish literature and film recasts the Soviet Jew as a novel cultural figure: not just a minority but an ambivalent character navigating between the Jewish past and Bolshevik modernity.

The Russian Revolution of 1917 transformed the Jewish community of the former tsarist empire. The Pale of Settlement on the empire’s western borderlands, where Jews had been required to live, was abolished several months before the Bolsheviks came to power. Many Jews quickly exited the shtetls, seeking prospects elsewhere. Some left for bigger cities, others for Europe, America, or Palestine. Thousands tried their luck in the newly established Jewish Autonomous Region in the Far East, where urban merchants would become tillers of the soil. For these Jews, Soviet modernity meant freedom, the possibility of the new, and the pressure to discard old ways of life.

This ambivalence was embodied in the Soviet Jew—not just a descriptive demographic term but a novel cultural figure. In insightful readings of Yiddish and Russian literature, films, and reportage, Sasha Senderovich finds characters traversing space and history and carrying with them the dislodged practices and archetypes of a lost Jewish world. There is the Siberian settler of Viktor Fink’s Jews in the Taiga, the folkloric trickster of Isaac Babel, and the fragmented, bickering family of Moyshe Kulbak’s The Zemlenyaners, whose insular lives are disrupted by the march of technological, political, and social change. There is the collector of ethnographic tidbits, the pogrom survivor, the émigré who repatriates to the USSR.

Senderovich urges us to see the Soviet Jew anew, as not only a minority but also a particular kind of liminal being. How the Soviet Jew Was Made emerges as a profound meditation on culture and identity in a shifting landscape.