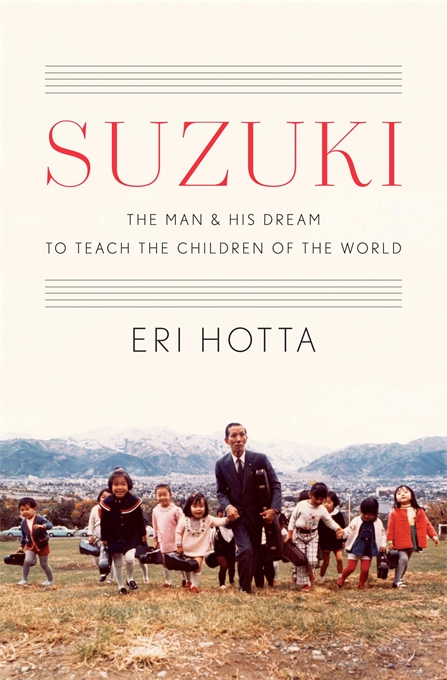 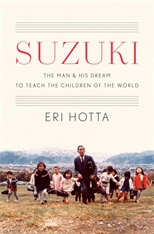 The remarkable life of violinist and teacher Shinichi Suzuki, who pioneered an innovative but often-misunderstood philosophy of early childhood education—now known the world over as the Suzuki Method.

The name Shinichi Suzuki is synonymous with early childhood musical education. By the time of his death in 1998, countless children around the world had been taught using his methods, with many more to follow. Yet Suzuki’s life and the evolution of his educational vision remain largely unexplored. A committed humanist, he was less interested in musical genius than in imparting to young people the skills and confidence to learn.

Eri Hotta details Suzuki’s unconventional musical development and the emergence of his philosophy. She follows Suzuki from his youth working in his father’s Nagoya violin factory to his studies in interwar Berlin, the beginnings of his teaching career in 1930s Tokyo, and the steady flourishing of his practice at home and abroad after the Second World War. As Hotta shows, Suzuki’s aim was never to turn out disciplined prodigies but rather to create a world where all children have the chance to develop, musically and otherwise. Undergirding his pedagogy was an unflagging belief that talent, far from being an inborn quality, is cultivated through education. Moreover, Suzuki’s approach debunked myths of musical nationalism in the West, where many doubted that Asian performers could communicate the spirit of classical music rooted in Europe.

Suzuki touched the world through a pedagogy founded on the conviction that all children possess tremendous capacity to learn. His story offers not only a fresh perspective on early childhood education but also a gateway to the fraught history of musical border-drawing and to the makings of a globally influential life in Japan’s tumultuous twentieth century.