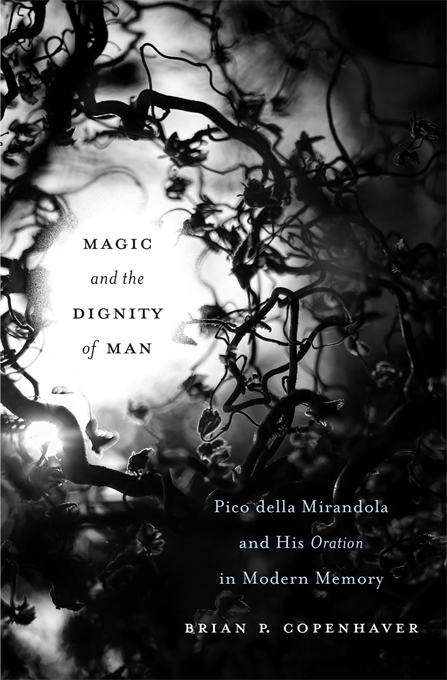 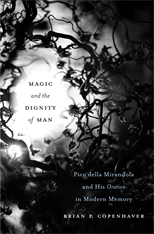 Magic and the Dignity of Man

Pico della Mirandola and His Oration in Modern Memory

“This book is nothing less than the definitive study of a text long considered central to understanding the Renaissance and its place in Western culture.”—James Hankins, Harvard University

Pico della Mirandola died in 1494 at the age of thirty-one. During his brief and extraordinary life, he invented Christian Kabbalah in a book that was banned by the Catholic Church after he offered to debate his ideas on religion and philosophy with anyone who challenged him. Today he is best known for a short speech, the Oration on the Dignity of Man, written in 1486 but never delivered. Sometimes called a “Manifesto of the Renaissance,” this text has been regarded as the foundation of humanism and a triumph of secular rationality over medieval mysticism.

Brian Copenhaver upends our understanding of Pico’s masterwork by re-examining this key document of modernity. An eminent historian of philosophy, Copenhaver shows that the Oration is not about human dignity. In fact, Pico never wrote an Oration on the Dignity of Man and never heard of that title. Instead he promoted ascetic mysticism, insisting that Christians need help from Jews to find the path to heaven—a journey whose final stages are magic and Kabbalah. Through a rigorous philological reading of this much-studied text, Copenhaver transforms the history of the idea of dignity and reveals how Pico came to be misunderstood over the course of five centuries. Magic and the Dignity of Man is a seismic shift in the study of one of the most remarkable thinkers of the Renaissance.