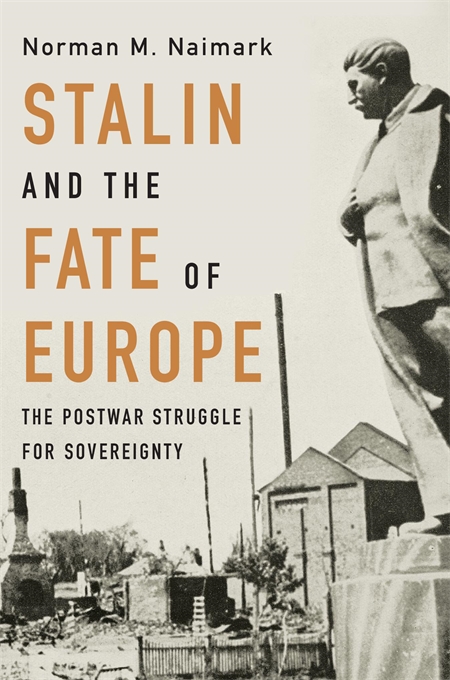 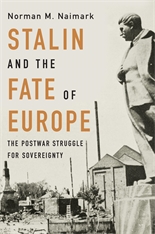 Stalin and the Fate of Europe

The Postwar Struggle for Sovereignty

“The achievement of a lifetime.”—Stephen Kotkin, author of Stalin

“Naimark has few peers as a scholar of Stalinism, the Soviet Union and 20th-century Europe, and his latest work Stalin and the Fate of Europe is one of his most original and interesting.”—Financial Times

“A timely and instructive account not merely of our own history but also of our fractious, unsettling present.”—Daniel Beer, The Guardian

“Adds an abundance of fresh knowledge to a time and place that we think we know, clarifying the contours of Soviet–American conflict by skillfully enriching the history of postwar Europe.”—Timothy Snyder, author of Bloodlands

The Cold War division of Europe was not inevitable—the acclaimed author of Stalin’s Genocides shows how postwar Europeans fought to determine their own destinies.

Was the division of Europe after World War II inevitable? In this powerful reassessment of the postwar order in Europe, Norman Naimark suggests that Joseph Stalin was far more open to a settlement on the continent than we have thought. Through revealing case studies from Poland and Yugoslavia to Denmark and Albania, Naimark recasts the early Cold War by focusing on Europeans’ fight to determine their future.

As nations devastated by war began rebuilding, Soviet intentions loomed large. Stalin’s armies controlled most of the eastern half of the continent, and in France and Italy, communist parties were serious political forces. Yet Naimark reveals a surprisingly flexible Stalin, who initially had no intention of dividing Europe. During a window of opportunity from 1945 to 1948, leaders across the political spectrum, including Juho Kusti Paasikivi of Finland, Wladyslaw Gomulka of Poland, and Karl Renner of Austria, pushed back against outside pressures. For some, this meant struggling against Soviet dominance. For others, it meant enlisting the Americans to support their aims.

The first frost of Cold War could be felt in the tense patrolling of zones of occupation in Germany, but not until 1948, with the coup in Czechoslovakia and the Berlin Blockade, did the familiar polarization set in. The split did not become irreversible until the formal division of Germany and establishment of NATO in 1949. In illuminating how European leaders deftly managed national interests in the face of dominating powers, Stalin and the Fate of Europe reveals the real potential of an alternative trajectory for the continent.