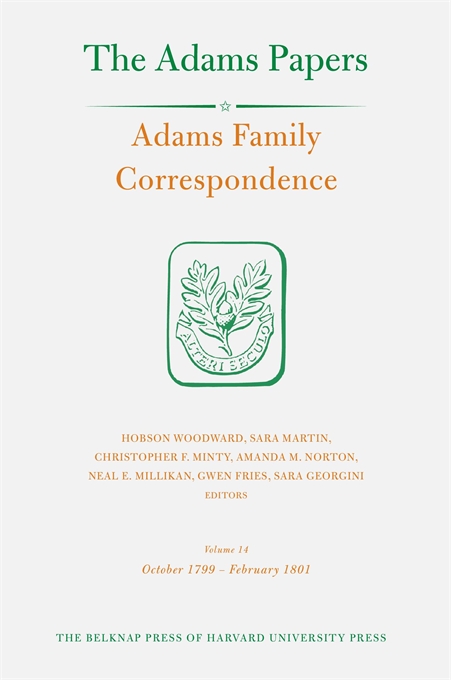 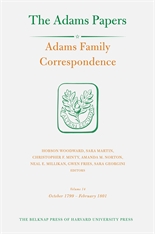 John and Abigail Adams’s reflections on an emerging nation as they move into the new President’s House in Washington, D.C., are a highlight of the nearly 280 letters written over seventeen months printed in volume 14 of Adams Family Correspondence. The volume opens with the Adamses’ public and private expressions on the death of George Washington and concludes with John’s defeat in the contentious presidential election of 1800. Electoral College maneuvering, charges of sedition, and state-by-state strategizing are debated by the Adamses and their correspondents as the election advances toward deadlock and finally victory for Thomas Jefferson in the House of Representatives.

John’s retirement from public life had some sweet mixed with the bitter. The U.S. mission to France resulted in the Convention of 1800 that ended the Quasi-War, and the so-called midnight appointments at the close of his presidency ushered in the transformative U.S. Supreme Court era of John Marshall—a coda anticipated in Abigail’s request to John in the final days of his administration: “I want to see the list of judges.”

The domestic life of the Adamses was equally dynamic. Abigail and John endured the crushing loss of their son Charles, whose struggle with alcohol ended in repudiation and death in New York. Son Thomas Boylston and daughter Nabby spent the period in relative stability, while John Quincy chronicled a tour of Silesia in letters home from Europe. At the volume’s close, the correspondence between John and Abigail comes to an end. As they retired to Quincy, their rich observations on the formation of the American republic would continue in letters to others if not to each other.