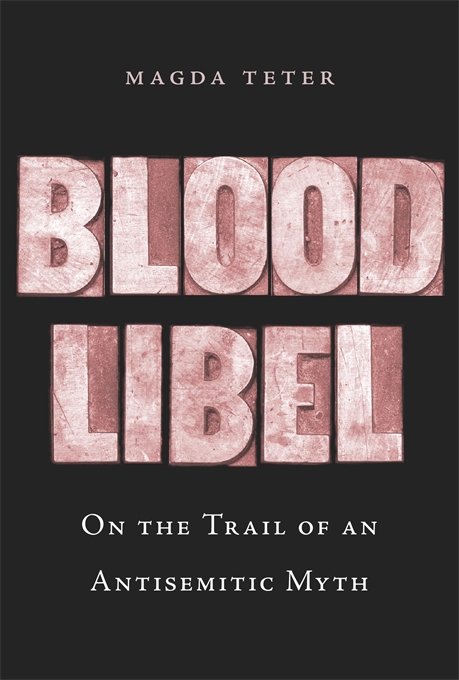 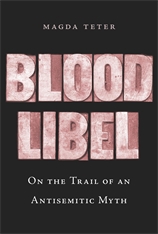 On the Trail of an Antisemitic Myth

A landmark history of the antisemitic blood libel myth—how it took root in Europe, spread with the invention of the printing press, and persists today.

Accusations that Jews ritually killed Christian children emerged in the mid-twelfth century, following the death of twelve-year-old William of Norwich, England, in 1144. Later, continental Europeans added a destructive twist: Jews murdered Christian children to use their blood. While charges that Jews poisoned wells and desecrated the communion host waned over the years, the blood libel survived.

Initially blood libel stories were confined to monastic chronicles and local lore. But the development of the printing press in the mid-fifteenth century expanded the audience and crystallized the vocabulary, images, and “facts” of the blood libel, providing a lasting template for hate. Tales of Jews killing Christians—notably Simon of Trent, a toddler whose body was found under a Jewish house in 1475—were widely disseminated using the new technology. Following the paper trail across Europe, from England to Italy to Poland, Magda Teter shows how the blood libel was internalized and how Jews and Christians dealt with the repercussions.

The pattern established in early modern Europe still plays out today. In 2014 the Anti-Defamation League appealed to Facebook to take down a page titled “Jewish Ritual Murder.” The following year white supremacists gathered in England to honor Little Hugh of Lincoln as a sacrificial victim of the Jews. Based on sources in eight countries and ten languages, Blood Libel captures the long shadow of a pernicious myth.