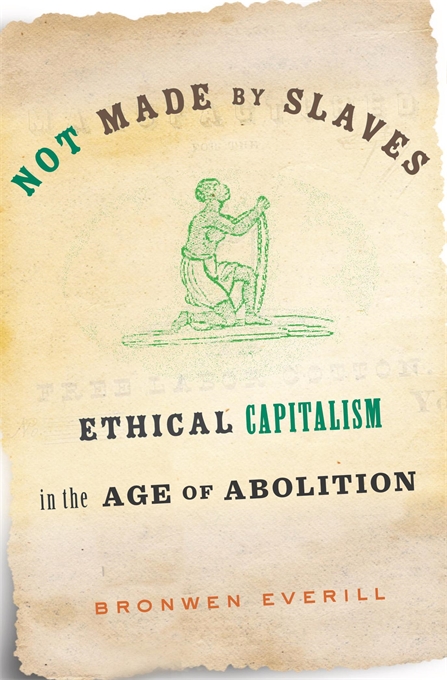 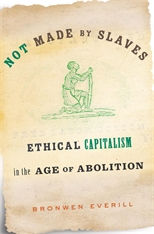 “Impressive scholarship… [Readers] will be rewarded with greater understanding of historical developments that changed the relationship between consumers and producers in a global economy in ways that reverberate to this day.”—Marc M. Arkin, Wall Street Journal

“Everill repositions West Africa as central to the broader Atlantic story of 18th and 19th century economic morality, its relationship with commercial ethics, and the expansion of capitalism.”—Kofi Adjepong-Boateng, Financial Times

“Offers a penetrating new perspective on abolition in the British Empire by spotlighting a particular cast of characters: the commercial abolitionists in West Africa who fashioned a consumer-focused, business-friendly antislavery ethics. These figures sought to prove the moral and economic superiority of non-slave labor while profiting from the transition away from slavery… Impressive.”—Dale Kretz, Jacobin

“Intriguing… Armed with fresh insights from the new history of slavery and capitalism, Everill argues that scholars must launch a renewed investigation into the origins of abolitionism in the Atlantic World. If—as the new history contends—slavery was itself capitalist, then we can no longer assume that the triumph of capitalism made abolitionism inevitable… Not Made by Slaves successfully knits together U.S. and West African history in novel ways that will make it especially useful and exciting for early Americanists looking to expand their transnational reach.”—Samantha Payne, Business History Review

“An exceptional interpretation of how the Atlantic world envisioned social responsibility and how some people faced questions about ethical capitalism that still vex us today.”—Alessandra McLoughlin, Origins

“A fascinating, well-written book about abolitionists’ efforts to construct an antislavery economic island in a global capitalism system shaped by slavery-generated profit.”—Edward E. Baptist, author of The Half Has Never Been Told

“In this deeply researched and elegantly written book, Everill follows the merchants and activists in West Africa, Europe, and the Americas who hoped to purify capitalism. Not Made by Slaves is a surprising, searching, and thoughtful examination of an overlooked but essential problem in the history of slavery and emancipation in the Atlantic world.”—Padraic X. Scanlan, author of Freedom’s Debtors

“Where did fair trade come from? As we learn in this innovative book, it emerged in multiple parts of the nineteenth-century Atlantic world as activists, merchants, and producers grappled with the complications of ending and replacing slavery. This is an important, truly transnational history of the fraught development of capitalism and the politics of ethical consumption that are still with us today.”—Lisa A. Lindsay, author of Atlantic Bonds

“A rich, exciting, and thought-provoking examination of how a global system was constructed from the bottom up. Everill demonstrates how abolitionists turned consumers into the moral compass of capitalism, a shift that obscured the other ethical dilemmas capitalism posed, from poorly paid labor to the sale of ethically dubious goods—a framework of justification whose legacies continue to this day.”—Joanna Cohen, author of Luxurious Citizens

“In an insightful and important book, Everill offers a fresh perspective on abolition by examining how abolitionists used free trade to undermine slavery and the slave trade. A real strength of the work is her focus on the central role that West African trade and radical experiments in Sierra Leone and Liberia played in shaping both Atlantic abolition and commercial reform.”—Randy J. Sparks, author of Where the Negroes Are Masters

“In this groundbreaking exploration of ethical capitalism in the age of Atlantic empire and slavery, Everill digs down into the efforts aimed at making an immoral trade just. Giving equal attention to North America, Europe, and West Africa, she carefully documents the struggle to buy, sell, and consume according to ideas of free and fair trade. With the morality of global capitalism under the microscope today, this is a book for our times.”—Emma Hart, author of Trading Spaces