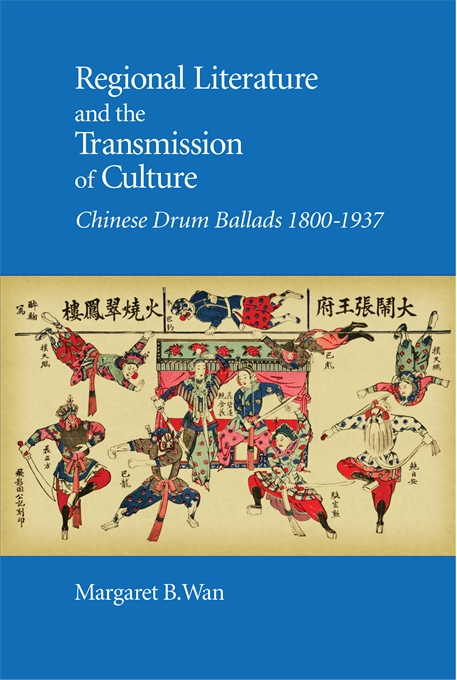 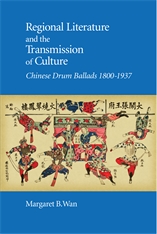 Regional Literature and the Transmission of Culture

Regional Literature and the Transmission of Culture provides a richly textured picture of cultural transmission in the Qing and early Republican eras. Drum ballad texts (guci) evoke one of the most popular performance traditions of their day, a practice that flourished in North China. Study of these narratives opens up surprising new perspectives on vital topics in Chinese literature and history: the creation of regional cultural identities and their relation to a central “Chinese culture”; the relationship between oral and written cultures; the transmission of legal knowledge and popular ideals of justice; and the impact of the changing technology of the late nineteenth and early twentieth centuries on the reproduction and dissemination of popular texts.

Margaret B. Wan maps the dissemination over time and space of two legends of wise judges; their journey through oral, written, and visual media reveals a fascinating but overlooked world of “popular” literature. While drum ballads form a distinctively regional literature, lithography in early twentieth-century Shanghai drew them into national markets. The new paradigm this book offers will interest scholars of cultural history, literature, book culture, legal history, and popular culture.