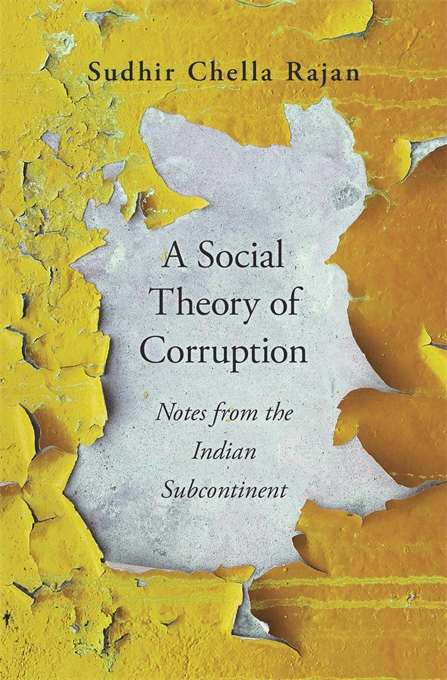 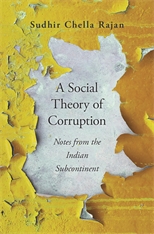 A Social Theory of Corruption

Notes from the Indian Subcontinent

A social theory of grand corruption from antiquity to the twenty-first century.

In contemporary policy discourse, the notion of corruption is highly constricted, understood just as the pursuit of private gain while fulfilling a public duty. Its paradigmatic manifestations are bribery and extortion, placing the onus on individuals, typically bureaucrats. Sudhir Chella Rajan argues that this understanding ignores the true depths of corruption, which is properly seen as a foundation of social structures. Not just bribes but also caste, gender relations, and the reproduction of class are forms of corruption.

Using South Asia as a case study, Rajan argues that syndromes of corruption can be identified by paying attention to social orders and the elites they support. From the breakup of the Harappan civilization in the second millennium BCE to the anticolonial movement in the late nineteenth and early twentieth centuries, elites and their descendants made off with substantial material and symbolic gains for hundreds of years before their schemes unraveled.

Rajan makes clear that this grander form of corruption is not limited to India or the annals of global history. Societal corruption is endemic, as tax cheats and complicit bankers squirrel away public money in offshore accounts, corporate titans buy political influence, and the rich ensure that their children live lavishly no matter how little they contribute. These elites use their privileged access to power to fix the rules of the game—legal structures and social norms—benefiting themselves, even while most ordinary people remain faithful to the rubrics of everyday life.