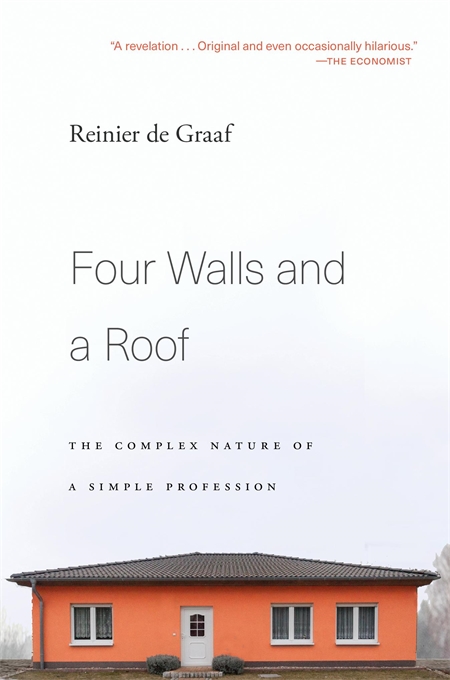 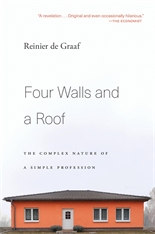 Architecture, we like to believe, is an elevated art form that shapes the world as it pleases. Four Walls and a Roof challenges this notion, presenting a candid account of what it is really like to work as an architect.

Drawing on his own tragicomic experiences in the field, Reinier de Graaf reveals the world of contemporary architecture in vivid snapshots: from suburban New York to the rubble of northern Iraq, from the corridors of wealth in London, Moscow, and Dubai to garbage-strewn wastelands that represent the demolished hopes of postwar social housing. We meet oligarchs determined to translate ambitions into concrete and steel, developers for whom architecture is mere investment, and the layers of politicians, bureaucrats, consultants, and mysterious hangers-on who lie between any architectural idea and the chance of its execution.

Four Walls and a Roof tells the story of a profession buffeted by external forces that determine—at least as much as individual inspiration—what architects design. Perhaps the most important myth debunked is success itself. To achieve anything, architects must serve the powers they strive to critique, finding themselves in a perpetual conflict of interest. Together, architects, developers, politicians, and consultants form an improvised world of contest and compromise that none alone can control.