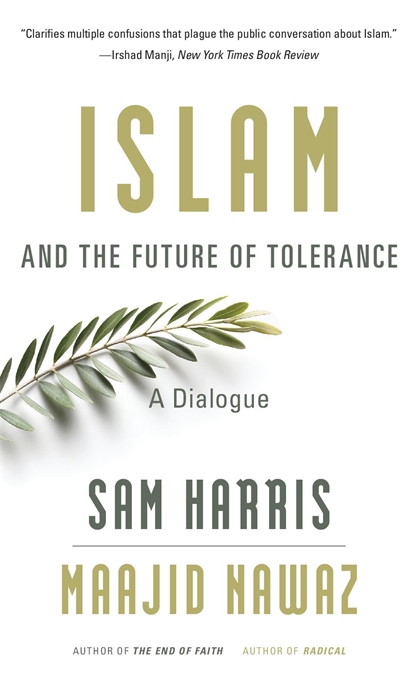 In this short book, Sam Harris and Maajid Nawaz invite you to join an urgently needed conversation: Is Islam a religion of peace or war? Is it amenable to reform? Why do so many Muslims seem drawn to extremism? What do words like Islamism, jihadism, and fundamentalism mean in today’s world?

Remarkable for the breadth and depth of its analysis, this dialogue between a famous atheist and a former radical is all the more startling for its decorum. Harris and Nawaz have produced something genuinely new: they engage one of the most polarizing issues of our time—fearlessly and fully—and actually make progress.

Islam and the Future of Tolerance has been published with the explicit goal of inspiring a wider public discussion by way of example. In a world riven by misunderstanding and violence, Harris and Nawaz demonstrate how two people with very different views can find common ground.