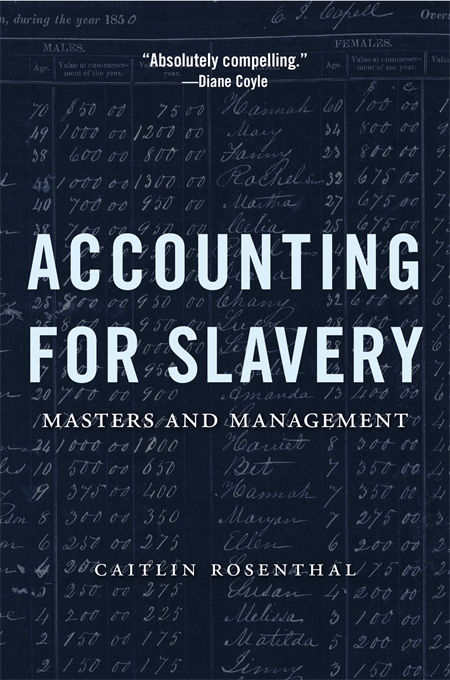 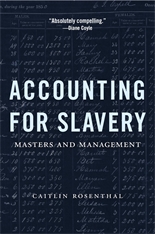 On APM’s Marketplace, listen to Caitlin Rosenthal discuss Accounting for Slavery during a tour of Thomas Jefferson’s estate Monticello (and read a Q&A with the author):

Accounting for Slavery is a unique contribution to the decades-long effort to understand New World slavery’s complex relationship with capitalism. Through careful analysis of plantation records, Caitlin Rosenthal explores the development of quantitative management practices on West Indian and Southern plantations. She shows how planter-capitalists built sophisticated organizational structures and even practiced an early form of scientific management. They subjected enslaved people to experiments, such as allocating and reallocating labor from crop to crop, planning meals and lodging, and carefully recording daily productivity. The incentive strategies they crafted offered rewards but also threatened brutal punishment.

The traditional story of modern management focuses on the factories of England and New England, but Rosenthal demonstrates that investors in West Indian and Southern plantations used complex accounting practices, sometimes before their Northern counterparts. For example, some planters depreciated their human capital decades before the practice was a widely used accounting technique. Contrary to narratives that depict slavery as a barrier to innovation, Accounting for Slavery explains how elite planters turned their power over enslaved people into a productivity advantage. The brutality of slavery was readily compatible with the development of new quantitative techniques for workforce organization.

By showing the many ways that business innovation can be a byproduct of bondage, Rosenthal further erodes the false boundary between capitalism and slavery and illuminates deep parallels between the outlooks of eighteenth- and nineteenth-century slaveholders and the ethical dilemmas facing twenty-first-century businesses.